DESPITE the 2019/20 season ending just this week, colerainefc.com takes a look back at the campaign starting in the months of June and July as Oran Kearney made a return to the dugout… 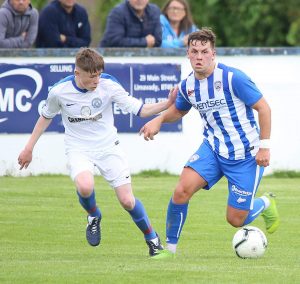 Coleraine eased to a 2-0 win against Limavady United.

After the departure of Rodney McAree as first-team manager, much of the early news concentrated on who was to take over the reins at The Showgrounds. With many names thrown into the frame it would be a familiar face returning to the dugout as Oran Kearney was announced as manager for a second time following a successful period in Scottish football with St. Mirren.

The Bannsiders wasted no time in trimming the size of their squad as January arrivals Dylan King, Mark Edgar and Dylan Davidson all departed the club.

Coleraine would commence their pre-season schedule with a trip over the Irish Sea to face Stranraer at Stair Park. On a sunny day, it was the Scottish League One side who made a brighter start to proceedings and they threatened on nine minutes as James Hilton’s 25-yard effort sailed wide, before a long run and cross by ex-Coleraine defender Jordan Allan resulted in Leon Murphy hitting over the crossbar. The Bannsiders would hit the front against the run of play on 23 minutes as Josh Carson split the Stranraer defence with a superb ball. Despite the home side’s appeal for an offside decision, the flag remained down and Ian Parkhill unselfishly squared the ball to Jamie Glackin who couldn’t miss. There would be a late drama as Stranraer were awarded a dubious penalty as Stephen O’Donnell was adjudged to have handled Pigniatiello’s shot. Thankfully for Coleraine, the Blues would miss their penalty as Cummins fired his strike over the crossbar.

The Stripes would then record a 3-1 win away to Moyola Park as Gareth McConaghie, James McLaughlin and Ian Parkhill all found the back of the net, before a goal in each half from James McLaughlin and Eoin Bradley eased Coleraine to a 2-0 victory against Limavady United. The following week top flight opposition in Institute were defeated 4-0 via goals from Jamie McGonigle, Stephen O’Donnell, Jack Bradley and Caleb Wan.

The annual Wes Gregg Memorial match would provide Oran Kearney’s men with a massive boost as the fixture saw the return of Lyndon Kane, Stephen Lowry and Alexander Gawne from injury. However, Portstewart would earn the bragging rights with a 2-1 win, despite James McLaughlin’s 30-yard thunderbolt. A day later, Coleraine would be on their travels to Portadown and would once again fall to a 2-1 defeat as Jamie McGonigle found the back of the net for the visitors. 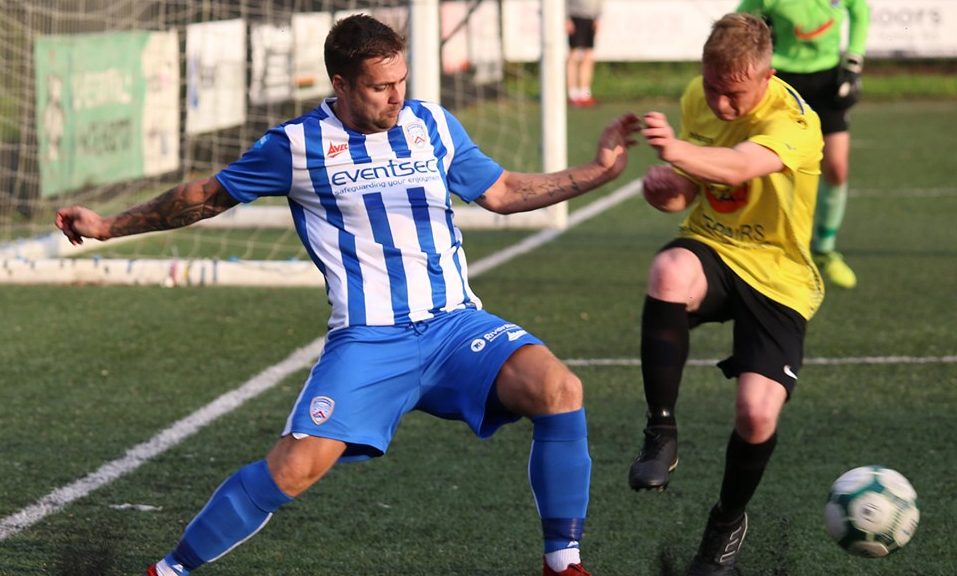 Coleraine would record a 3-1 win against Moyola Park.