After coming through the youth ranks at Linfield, the 39-year-old joined the Bannsiders from Crusaders and made his debut in an Intertoto Cup clash against Saint-Julia on June 29, 2002.

Under the management of Marty Quinn, ‘Big G’ would spend two years at the club and was part of the 2003 Irish Cup winning squad and made a total of 97 appearances, scoring seven times in the process.

His fine performances for the Stripes earned a move to full-time football with Lincoln City in 2004, before his career progressed by joining Leicester City in 2006 and Ipswich Town in 2008. However, he would earn a move to the top flight of English football after penning a deal with West Bromwich Albion in 2011, and he went on to make 203 appearances for the Baggies. 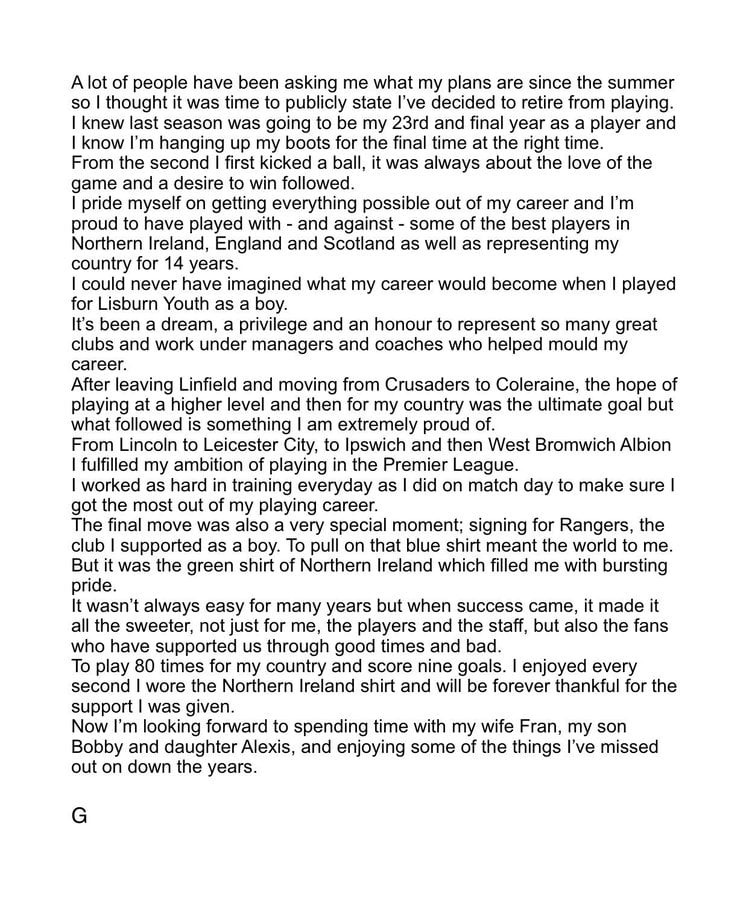 Having made his international debut in June 2005 and earning 80 caps in the process, McAuley’s finest moment in a Northern Ireland shirt came when he scored the first goal in his country’s 2-0 win over Ukraine at the Euro 2016 finals in France.

The Larne-born defender would finish his career at Rangers, the club he supported as a boy, and made 10 appearances for Steven Gerrard’s side.

His achievements also extended off the pitch as McAuley was appointed a Member of the Order of the British Empire (MBE) in the 2019 New Year Honours for services to football in Northern Ireland.

Everyone at Coleraine FC would like to pass on their sincere congratulations to Gareth for an outstanding career and we hope to see you at The Showgrounds in the future.