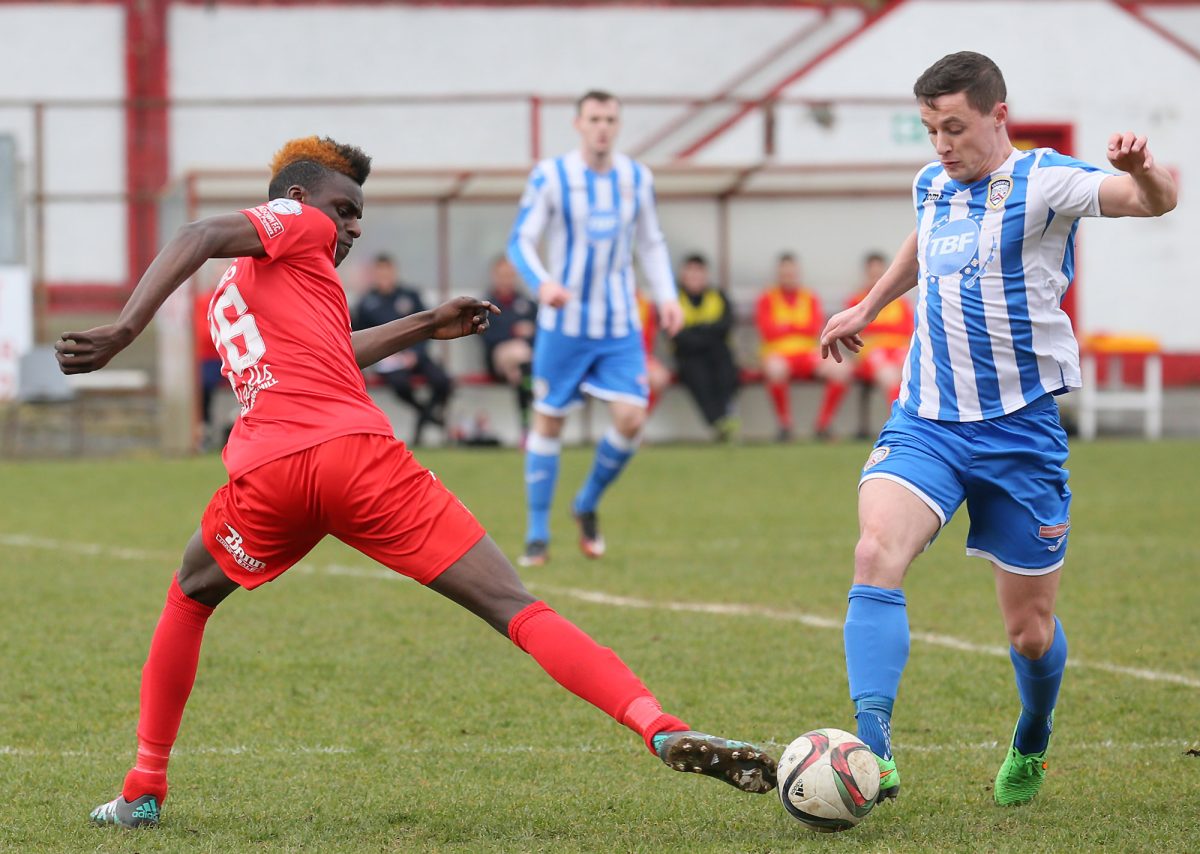 McGibbon assumed his role as interim manager on Tuesday following the resignation of Ronnie McFall last week, with the club’s record goalscorer Vinny Arkins being drafted into the backroom staff.

James McLaughlin twice tested David Miskelly in the first half as the hosts rarely looked like ending a dismal league run which had yielded just four points from their previous 10 Premiership games.

Brown ensured the Bannsiders went home with full points against the mid-Ulster club for the third time this season when Brown converted a simple finish after Jamie McGonigle had squared the ball across goal.