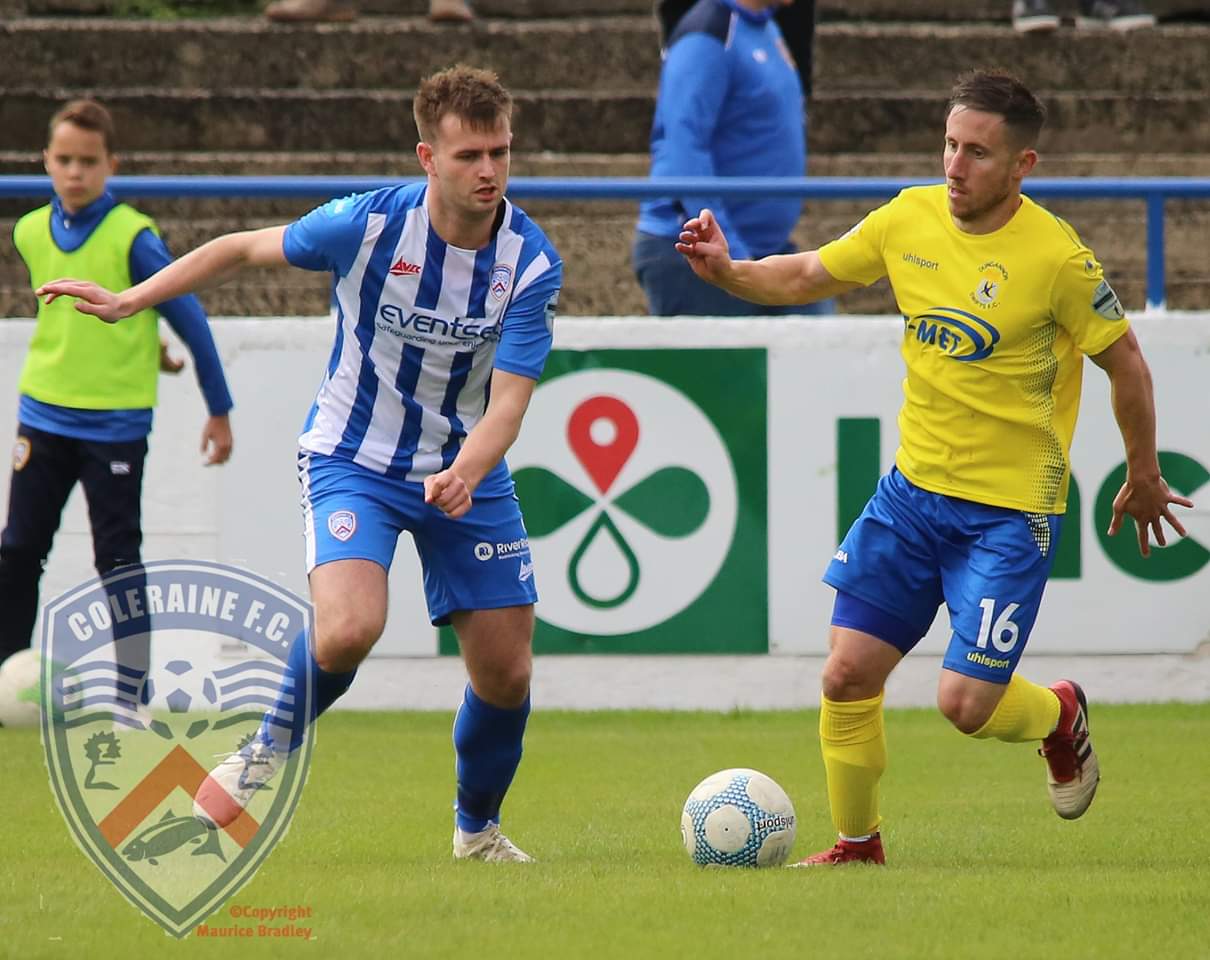 James McLaughlin found himself on the scoresheet four times after the break, with Aaron Jarvis also netting his first goal since his arrival from Institute in the summer.

It was a bright start from the home side as the in-form Ben Doherty launched an attack inside the opening 40 seconds. The midfielder showed great vision to slip Nedas Maciulaitis through on goal but his surge towards goal was thwarted by a vital interception by Dungannon Swifts midfielder Douglas Wilson on the edge of the box.

The visitors created their first chance of the game shortly after as skipper Seanan Clucas picked out Mark Patton but his effort failed to trouble Chris Johns in the Coleraine goal. Clucas himself had an attempt at goal for the visitors but his shot sailed harmlessly wide.

Oran Kearney’s side had a strong penalty appeal turned down midway through the first-half as Ian Parkhill’s shot appeared to strike Ross Redman on the arm, however referee Ian McNabb waved away the protestations from the home support.

On a sticky surface, Coleraine almost made the breakthrough as Stephen Lowry got on the end of Ian Parkhill’s knockdown but his strike from just outside the box went inches wide.

Before the break, Nedas Maciulitis and Lyndon Kane could have put the Stripes ahead but there was no such joy as both sides went in scoreless at the interval.

Coleraine came out fighting in the second half and their hard work was rewarded on 49 minutes as a mistake in the Dungannon midfield was punished as Ben Doherty’s delightful cross to the back post was met by McLaughlin who made no mistake.

The floodgates suddenly opened as Coleraine grabbed their second a minute later. The lively Macuilaitis controlled the ball in the box and picked out Jarvis inside the area.  The midfielder kept his composure  and guided the ball into the back of the net via the crossbar for a memorable goal on his home debut.

In a devastating ten minute spell, Coleraine scored a third as McLaughlin was on hand to finish from close range after Maciulaitis turned provider once again.

On 71 minutes, McLaughlin would ensure he would be picking up the match ball as he scored his third in fine style. The marksman picked up the ball from just inside his own half, skipped several challenges, before delightfully finishing past Johnston.

To their credit, Dungannon kept fighting to reduce the deficit as a strong run from Kris Lowe through midfield forced Aaron Canning to make a timely block to deny the Dungannon midfielder from getting a shot on goal.

There was even time for Coleraine and McLaughlin to add to their tallies on 86 minutes as the striker grabbed his fourth of the afternoon after latching onto Jarvis’ expert through ball.