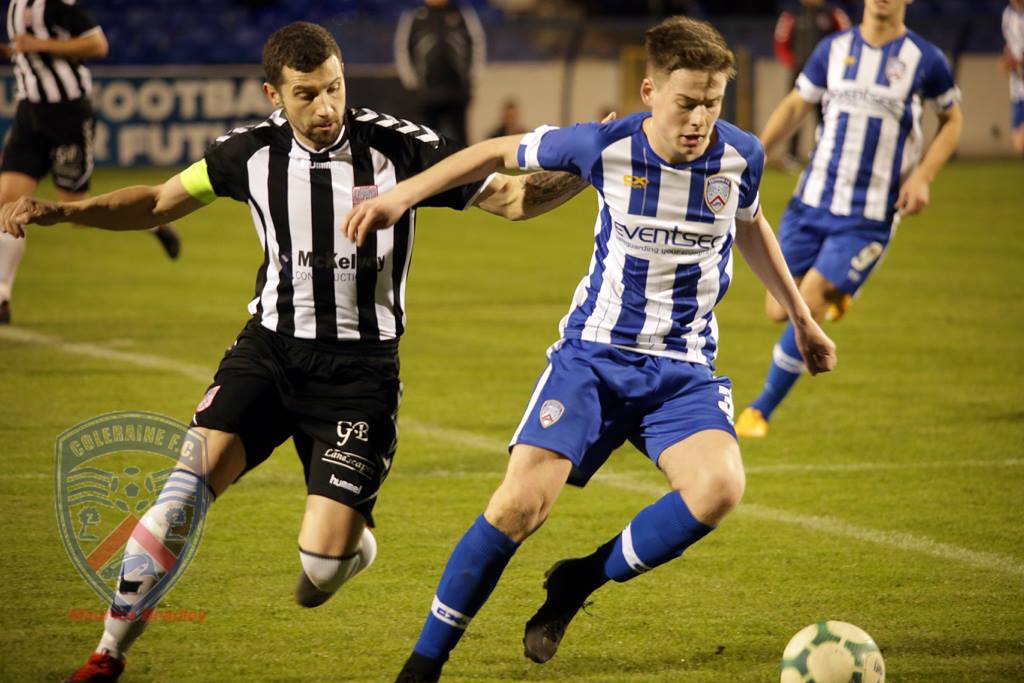 The Bannsiders’ starting line-up also featured the experienced Steven Douglas and Paul Owens, but in truth, the fixture provided an eye to the future as many players from Ollie Mullan’s under-20 side were given a chance to impress.

The first chance arrived on six minutes as a cut back from defender Ben Moore found Owens at the edge of the box but he fired over. On 13 minutes, it would be the same player who would be denied once again as his effort was blocked, before Andrew Whiteside also failed to hit the target after neat build-up play on the left-hand side.

It took until 27 minutes for the visitors to create their first chance of the game with Paul Smith forcing Rory Brown into a smart save. At the other end, Alexander Gawne was denied by the legs of Dergview ‘keeper Tom Hegan, with Eoin Bradley’s rebound sent over the crossbar.

The first-half would be the tale of two penalties as Dergview were awarded a spot-kick on 38 minutes as Brown fouled Smith inside the box. However the ‘keeper redeemed himself by diving to his left-hand side to deny Adam Buchanan from the spot. Moments later, the Bluefin Sport Championship side would be further frustrated as a strong, powerful run by Andrew Sproule resulted in Smith dragging an effort wide from 8 yards.

On the stroke of half-time the Bannsiders were awarded a penalty after a handball inside the area. Up-stepped Eoin Bradley who drilled the ball into the net to give the home side the lead at the interval.

Dergview – who were stunned by Peter Allen’s decision to resign at the weekend – started the second-half on the front foot and got a deserved equaliser on 54 minutes as a poor defensive clearance allowed Adam Buchanan to slot into the bottom corner.

This sparked Coleraine into life as Owens hit the post with a free-kick, before forcing Hegan into a smart stop with another set-piece. On 68 minutes, the Bannsiders were awarded a second penalty as Eoin Bradley was tumbled inside the box, with the striker making no mistake once again to give the Stripes the lead.

Both teams would create half chances in the subsequent 20 minutes but Coleraine held firm to secure their passage into the semi-final.