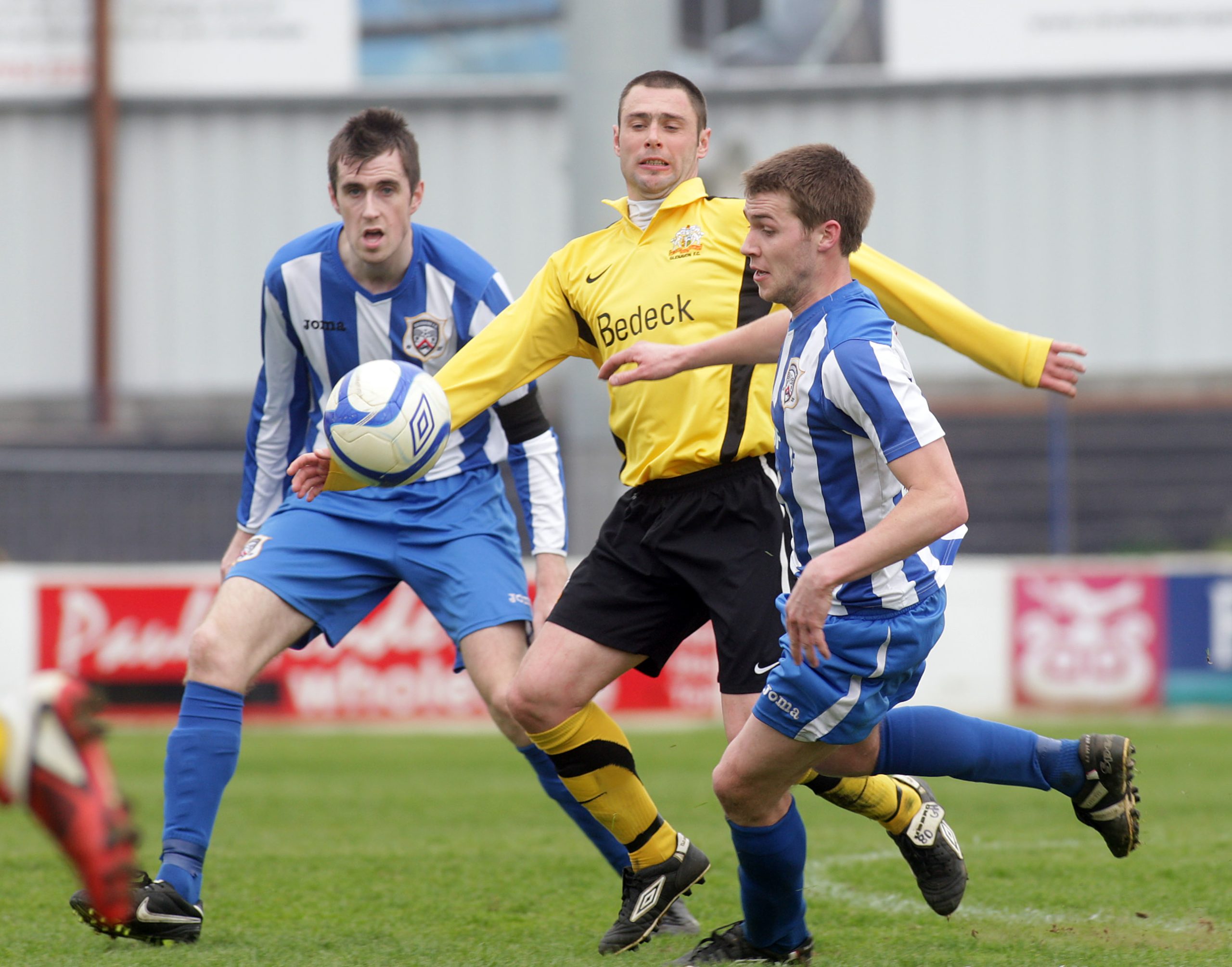 Two goals by Leon Knight and one from skipper David Ogilby gave Coleraine victory over Glenavon.

Ogilby headed in from a Stephen Carson cross in the 42nd minute and that was quickly followed by Knight flicking the second past keeper Patrick Jennings.

A mistake by Bannsiders defender Howard Beverland allowed Gary Hamilton in to score for Glenavon on 52 minutes.

But any hopes the Lurgan side had of picking up a point were ended when Knight scored eight minutes from time.

Early in the game Coleraine’s Darren Boyce crashed a shot off the angle of post and bar while an Ogilby header was disallowed for offside.