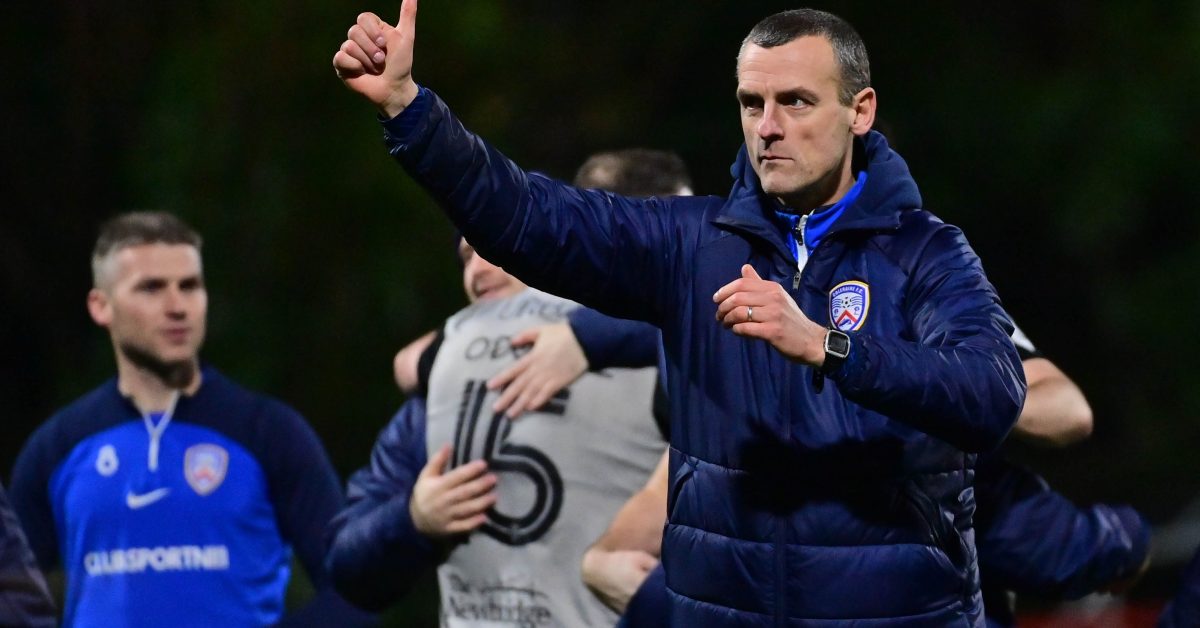 The Bannsiders would seal all three points as Matthew Shevlin and Conor McKendry were amongst the goals at Inver Park.

Kearney remarked on the importance of an early goal as Shevlin’s header arrived after just four minutes and alluded to the fact how this had a major swing on the game.

McKendry would also provide an assist for the opening goal and Kearney remarked that he told the winger to bring his performances from training into a match.

The result means the Stripes have now kept six clean sheets from their last seven games in all competitions ahead of next weekend’s visit of Dungannon Swifts.