The Ladies’ footballing scene is flourishing at present, particularly at international level.

And there has also been a marked improvement in the standard at club level too.

That certainly applies at the Showgrounds where player manager Alison Nicholl has done a great job this season with a youthful squad.

The team held their end of season awards ceremony in the Social Club on Saturday night.

Cerys Sharkey had an outstanding campaign and scooped several awards on the night.

She was also the joint winner of the Young Player of the Year with Rachel Madden.

Rachel Stewart was voted Most Improved Player and Abby Alexander was the club’s Top Goalscorer with an impressive 17 goals.

Well done to everyone who represented the club during the season.

Coleraine Ladies would like to thank Trevor Hogg who sponsored the Leading Goalscorer trophy and John Sharkey for sponsoring the Young Player of the Year prize. A massive appreciation to Maurice Bradley MLA who sponsored the team for the season. 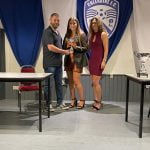 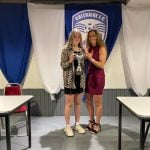 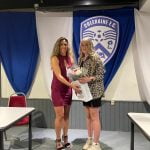 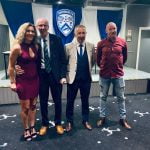 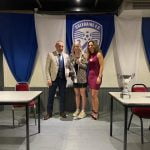 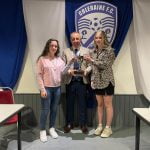