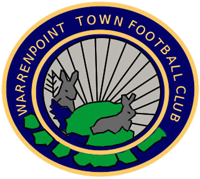 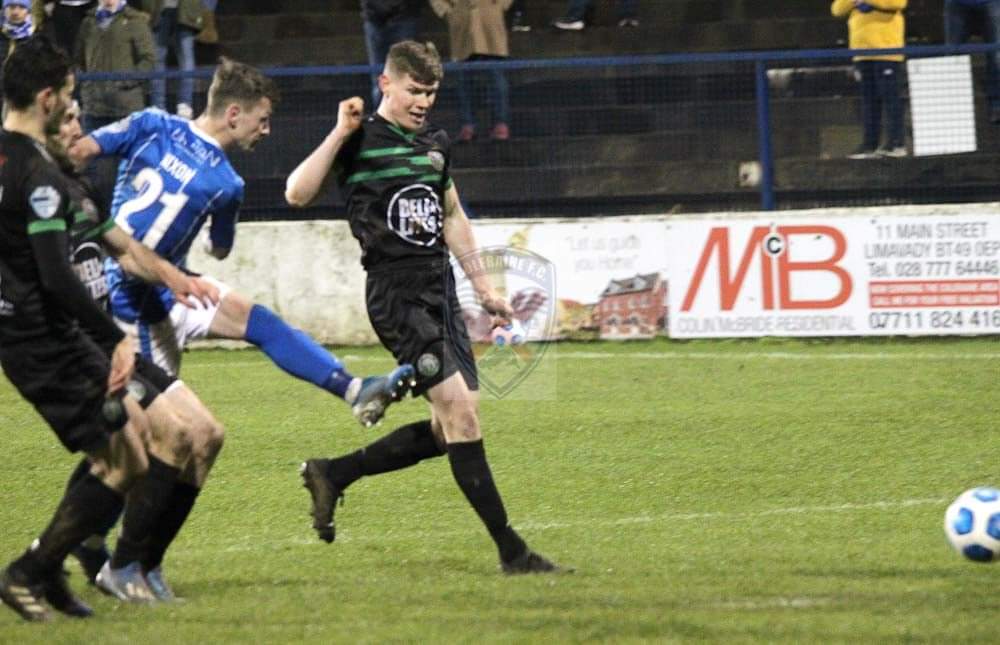 A last gasp winner from Stewart Nixon was enough to seal a win after Warrenpoint had snatched a late equaliser on a dramatic day.

And Oran was rewarded with a much improved display from his team.

The Bannsiders looked lively in a first half they pretty much controlled.

Six minutes later the recalled Ian Parkhill tried his luck with a long range drive from Ben Doherty’s crossfield pass which flew narrowly over the crossbar.

Warrenpoint posed little threat in the early exchanges but they did create a chance after 21 minutes when Kealan Dillon released Fra McCaffrey whose attempted lob from outside the area dropped over the bar.

Coleraine broke the deadlock with a well crafted and well deserved goal on the half hour mark.

Glackin fed Evan Tweed – back in the starting line up – and his cutback was swept home by Doherty.

Gareth McConaghie almost doubled the lead just before the break with a trademark long range free kick pile-driver which was well stopped by ‘keeper Gabriel Sava.

The home side started the second half brightly and twice went close in the early stages.

First Lowry had a header cleared off the line, then Glackin’s low cross was drilled across the box with no one on hand to apply the finishing touch.

Next to threaten as the pressure continued was goalscorer Doherty who was played in by Stewart Nixon but his shot was straight at Silva.

Warrenpoint slowly but surely began to get a foothold in the game and they almost snatched an equaliser just after the hour when Danny Wallace thought he had scored with a header but the previously untroubled Gareth Deane produced a stunning save to push the ball around the post.

There was another scare moments later as Dermot McVeigh smashed a shot wide.

As the game wore on and Barry Gray’s outfit became more adventurous, a nervousness in the home side was evident.

But the Bannsiders recovered from a setback in a sensational finale to lift morale ahead of next week’s trip to Cliftonville.

A red card was shown to ‘keeper Sava on 81 minutes for an off the ball incident involving Glackin – spotted by fourth official Gareth Stewart.

And then Gareth Peers was sent off just three minutes later when he came back on the pitch without permission and was shown a second yellow card. However, he had already been substituted meaning Warrenpoint still had nine outfield players and substitute ‘keeper Andrew Coleman between the sticks.

But there was another twist to come as substitute McLaughlin played through Nixon who kept his composure to fire home a crucial winner.