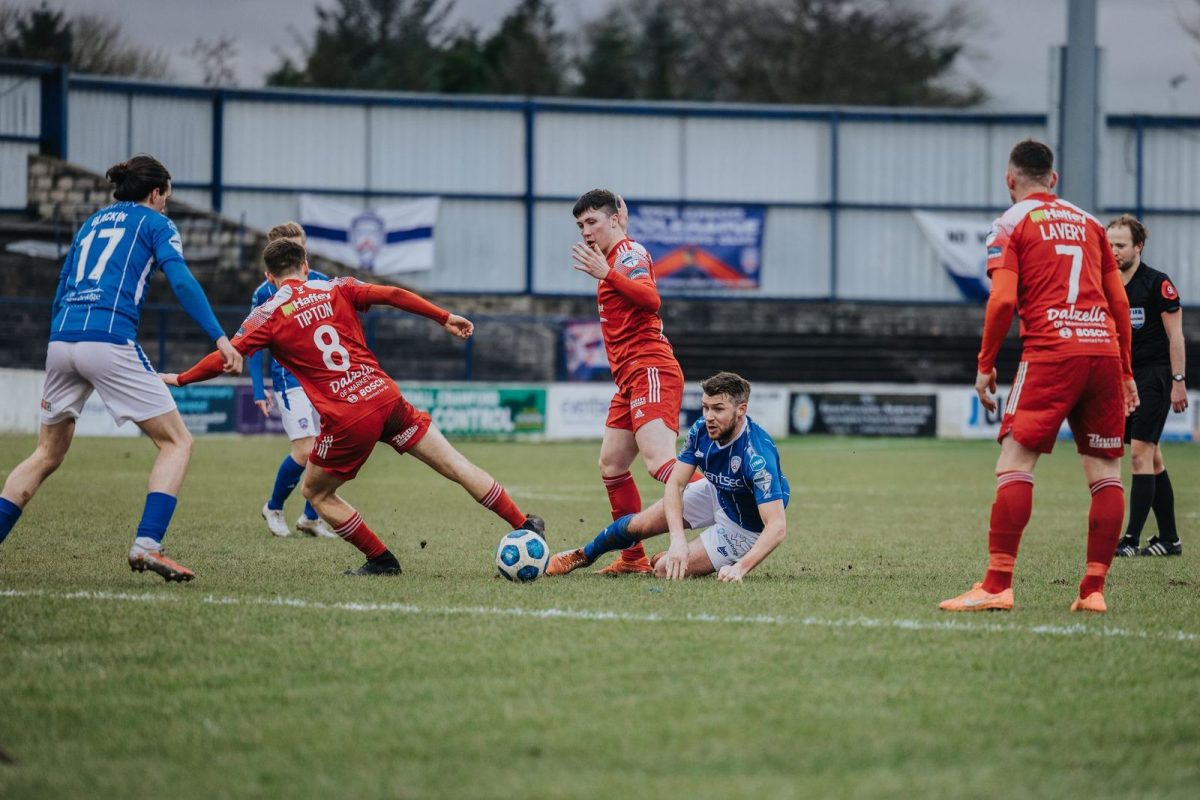 Despite taking the lead – and the visitors ending up with ten men – the Bannsiders had to settle for their second successive home draw.

Aaron Traynor set up Coleraine’s best chance of the opening exchanges with a 13th minute cross to the back post but Eamon Scannell cut out the threat just as Curtis Allen prepared to pounce.

Eoin Bradley was presented with an opportunity after 21 minutes from ‘keeper Jacob Carney’s poor kick out but he lifted his attempted lob well over the bar.

Marty Gallagher was handed his league debut in place of the injured Gareth Deane as one of five changes from Tuesday’s clash with Cliftonville. He showed his worth with a crucial stop to deny Barney McKeown after 26 minutes, following good work by the impressive George Tipton, son of Ports boss Matthew.

The Bannsiders suffered a blow when Bradley pulled up with a suspected hamstring injury just after the half hour mark. It was Allen who had a great chance to break the deadlock sixty seconds before the break but Carney, on loan from Manchester United, got a vital touch to the striker’s lob and defender Scannell completed the clearance.

The home side started the second half with more purpose and tempo than they showed in the first period and McLaughlin and Allen combined but Allen’s shot was off target. Stephen Lowry was next to try his luck but his 56th minute effort from the edge of the area was smothered by Carney.

It was super sub Stewart Nixon who provided an instant impact as he put the home side in front on 67 minutes. Within seconds of replacing Josh Carson, he collected Gallagher’s long clearance. His attempted  cross came back to him and he planted his shot past Carney at the near post.

But Portadown’s response was emphatic as they equaliser on 73 minutes. Christopher Lavery advanced down the left and crossed to Salley who lashed the ball past a helpless Gallagher. Coleraine went in search of a winner and Nixon teed up Lowry but his shot went inches past the post.

Portadown were forced to defend for the final few minutes after goalscorer Salley was sent off four minutes from time for a lunge on Lyndon Kane but they held on for a share of the spoils.

Now comes a run of five consecutive away games, starting with Glenavon at Mourneview Park on Tuesday.