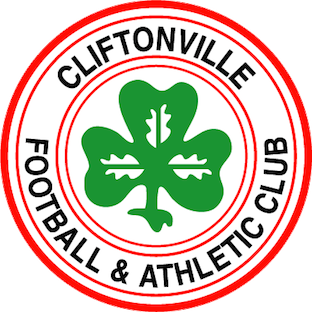 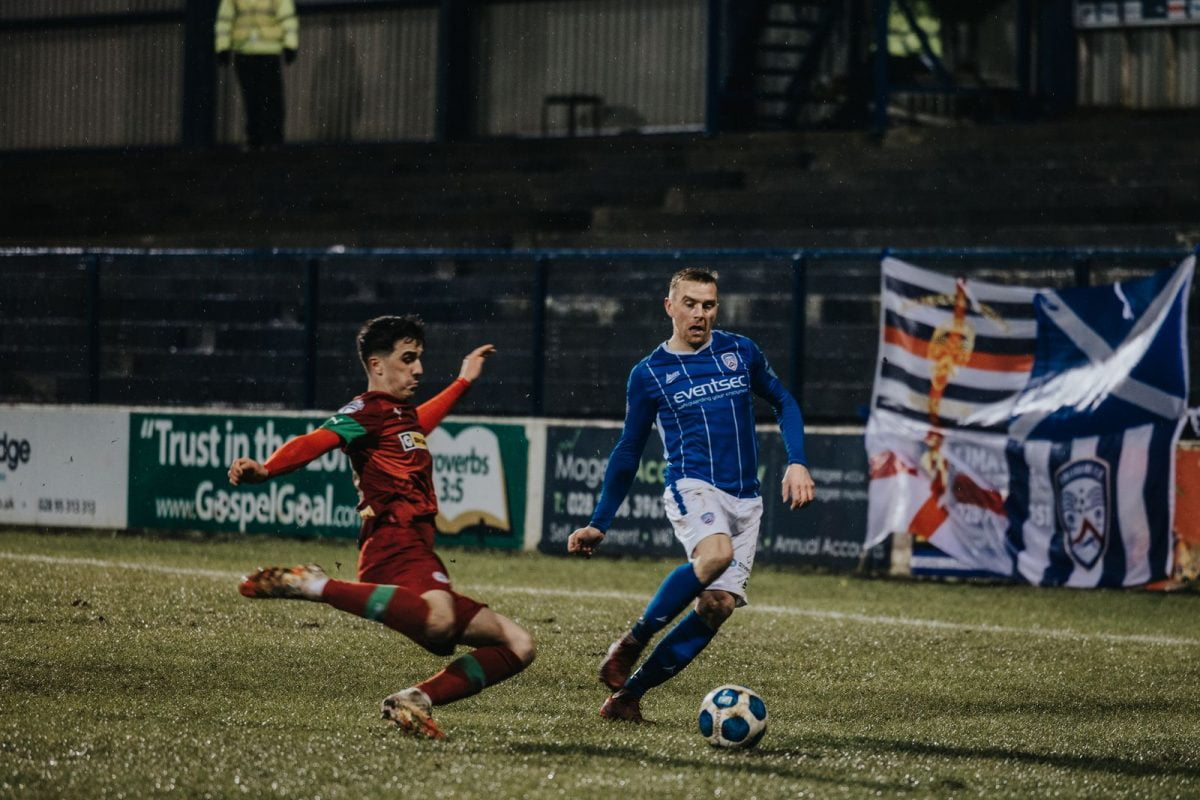 The Bannsiders were on course for their seventh successive win but had to be content with a point for their efforts.

Cliftonville stormed out of the blocks and got off to a dream start with a goal after only four minutes. High profile debutant Paul O’Neill flicked the ball on to another recent signing Rory Hale who cleverly lobbed Gareth Deane.

Coleraine responded well however and – similar to Saturday when they fell behind early – they hit back. Aaron Traynor celebrated his 100th appearance for the club by scoring his first goal of the season after 20 minutes. The defender was on hand to follow up and slot home after Aaron McCarey had failed to hold Gareth McConaghie’s well struck free kick.

Despite the tricky conditions, both teams knocked the ball about well on occasions as the game ebbed and flowed. Lyndon Kane sent in a teasing low cross after 37 minutes but no one was able to apply a finishing touch.

But James McLaughlin showed how to do it three minutes before the break as the Bannsiders edged in front. Jamie Glackin released Ian Parkhill and when he crossed into the box, McLaughlin was quickest to react at the near post as he fired home.

The home side were on Red alert within seconds of the restart as O’Neill flashed a shot inches past the post. At the other end, Stewart Nixon then tried his luck on 63 minutes but his angled drive drifted over the crossbar.

McLaughlin tried to add to his tally with a 73rd minute shot from outside the area which was scooped up by McCarey. Glackin cut into the box and bent an effort wide and then McLaughlin went close again.

But it was Cliftonville who levelled four minutes from time with O’Neill bundling the ball in from close range after persistent work by Daire O’Connor.

Coleraine almost grabbed a sensational winner in injury time but Parkhill’s drive smashed off the crossbar.

Honours even in the end and goalscorer Traynor reflected on another tough tussle.

“We knew it would be a tough affair,” said Aaron.

“Our games with Cliftonville are always close,”.

“They have made a few new signings and mean business.”

Coleraine came so close to making it seven wins on the bounce but will be disappointed with the manner of the late equaliser.

However, the unbeaten run continues and the attention turns to Portadown on Saturday.