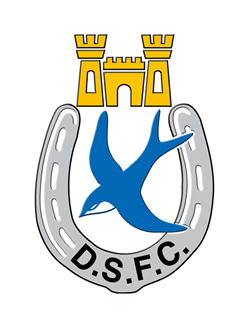 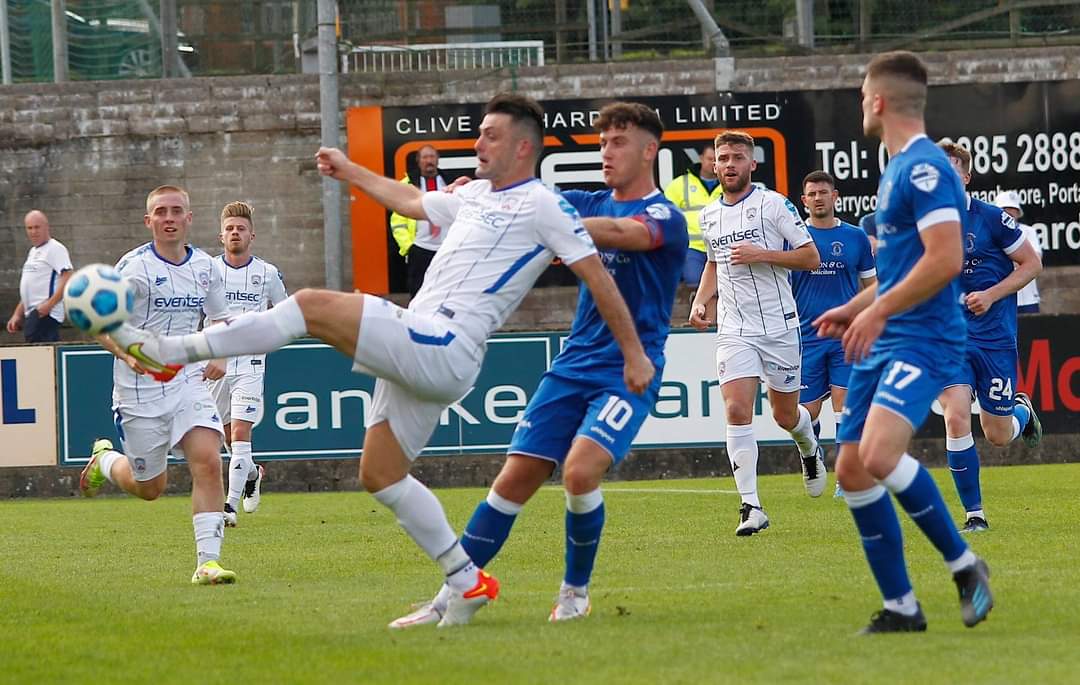 Coleraine boss Oran Kearney named an unchanged starting line-up from the win at Carrick Rangers but it would be the hosts who would make all the early running at Stangmore Park. They should have taken the lead on five minutes as a superb delivery into the box by Michael Glynn met Rhyss Campbell at the back post but he failed to hit the target from close range.

Two minutes later, the post would be left shaking as the Swifts threaded the ball into the path of Joe McCready. The striker – who was previously on the books at Coleraine – was allowed to turn and his strike cannoned off the upright. Two minutes later, Dean Shiels’ side would threaten again as Ryan Mayse burst into the box but his effort went harmlessly wide.

In a frantic start to proceedings, the Stripes would launch a counter attack as Jamie Glackin released Matthew Shevlin but his goal bound effort was denied by a last ditch block. Incredibly, the woodwork would be struck yet again on 11 minutes as Eoin Bradley’s free-kick hit the top of the crossbar with Alex Moore rooted to the spot.

However, the deadlock was broken on 23 minutes as Bradley chased down a long ball to find Lyndon Kane on the right-hand-side. The full-back delivered an inviting ball into the box that was headed into the net by Stephen Lowry for his first goal of the campaign.

Kearney’s troops would carve out half chances thereafter as Glackin hit straight into the arms of Moore, before Rodney Brown headed wide from Conor McKendry’s corner kick. At the other end, Campbell wriggled his way into the Coleraine box but blazed over from 14 yards.

On the stroke of half-time, the Bannsiders would double their lead as Glackin slipped the ball into the path of the onrushing McKendry. The speedy winger steadied himself onto his favoured left foot and after his shot was tipped away by Moore, the ball presented itself to Bradley who couldn’t miss from close range.

The second-half started like the first ended as the visitors found the back of the net for a third time on 50 minutes. A ball forward by Aaron Traynor was controlled by Bradley who had the vision to pick out Shevlin and the striker did the rest for his fifth goal of the season in all competitions.

The Swifts were proving to be dangerous going forward and they had two massive opportunities to get a foot hold back into the contest. A well worked corner kick found McCready eight yards from goal but somehow his instinctive strike was tipped over the bar by Gareth Deane. On 58 minutes, referee Lee Tavinder would point to the spot as Lyndon Kane was adjudged to have trip Glynn inside the box. The spot kick was taken by McCready but he was thwarted by Deane who dived low to his right.

On 64 minutes, Coleraine would have even more reasons to celebrate as they slotted home a fourth goal of the afternoon. A mix-up in the Dungannon defence allowed Glackin to drive forward and he picked his spot with a clever finish into the bottom corner. Moments later, Shevlin almost had a second goal to celebrate as he fired over from a good position inside the area.

Kearney brought on Curtis Allen and Ronan Wilson and the pair would combine for the Bannsiders’ fifth goal. A missed place pass was seized upon by Allen and he threaded a pass through to Wilson who calmly slotted home his first strike since moving to the club from Cliftonville.

Coleraine would look to add their tally for the afternoon as Moore made a great save from Allen before Lyndon Kane fired over the bar as the Bannsiders made it back-to-back wins in the Danske Bank Premiership.