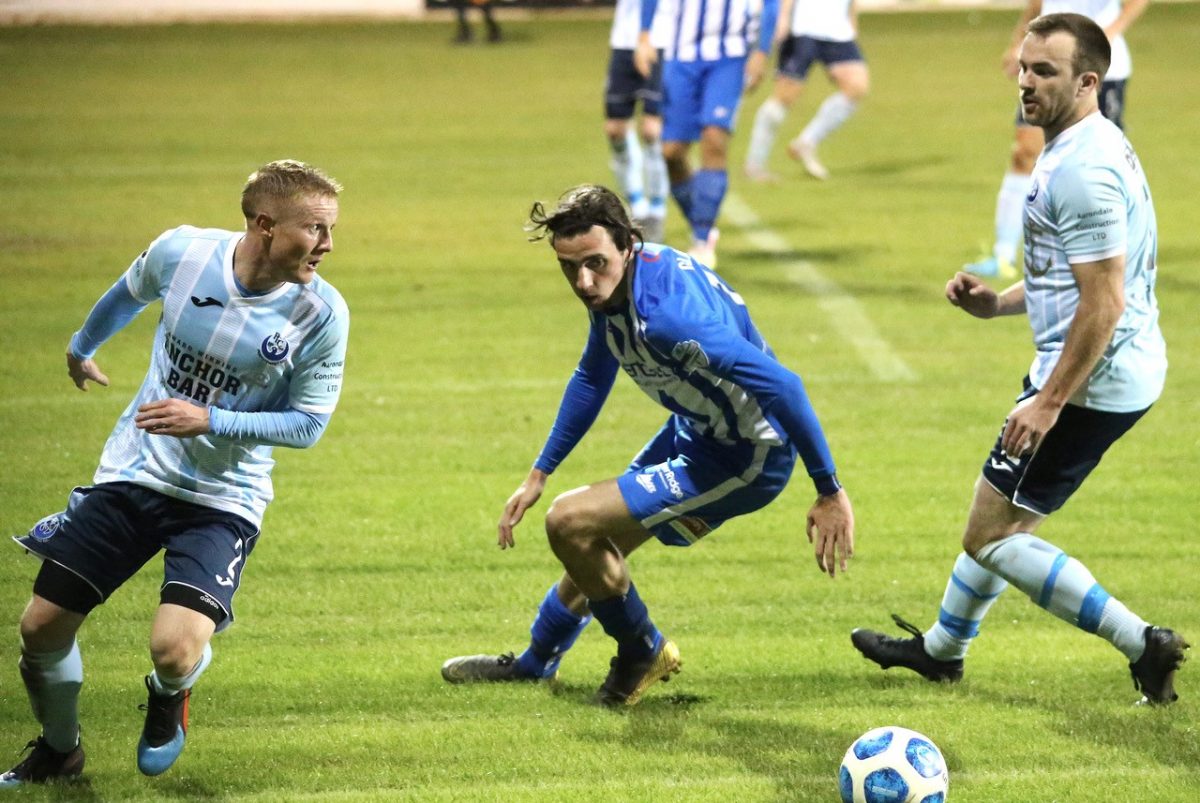 Bannsiders boss Oran Kearney admitted pre-game that he would field a strong line-up in the competition and he was true to his word as eight of the starting line-up started in the Europa League clash against Motherwell.

In a slow start to proceedings, it took until the 17th minute for the first effort on goal as Curtis Allen’s cross inadvertently turned into a shot which cannoned back off the crossbar. The visitors – who had nine former Coleraine players in their starting eleven – settled into the tie but failed to test Gareth Deane in the Coleraine goal inside the opening half an hour.

On 29 minutes, the Bannsiders would hit the front as Jamie Glackin’s free-kick was punched clear by Portstewart ‘keeper Andy Findlay into the path of Allen who had the simple task of scoring into an empty net for his first goal since returning to The Showgrounds. Four minutes later, the hosts should have doubled their advantage as a fantastic cross by Glackin found James McLaughlin inside the box but the striker failed to capitalise from close range.

In a barrage of chances before the half-time whistle, Ben Doherty would curl an effort wide and hit the post, with Allen’s rebound striking inches wide as Findlay was rooted to the spot.

Coleraine thought they had taken a two goal lead just three minutes into the second-half as Doherty’s cross was glanced on by Allen into the path of McLaughlin who stabbed home but he would be denied by the linesman’s flag for offside. On 52 minutes, Findlay would be called into action once again as the stopper dived down to his right-hand-side to prevent Nixon from adding to the scoresheet.

After Allen and McLaughlin both had efforts on goal, Portstewart almost grabbed an equaliser on 72 minutes as a free-kick delivery from Mark Edgar found Johnny Watt inside the area but the ex-Coleraine man failed to find the target. At the other end, Ronan Wilson went close to registering his first goal in Coleraine colours as his well driven effort was gathered by Findlay.

However, the tie would be put to bed on 83 minutes and in some style as Glackin showed neat footwork inside the area to evade several Portstewart challenges and find the bottom corner as the Bannsiders face Dergview in the semi-final.