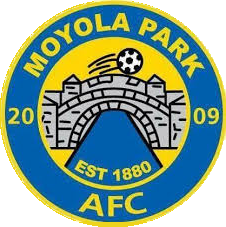 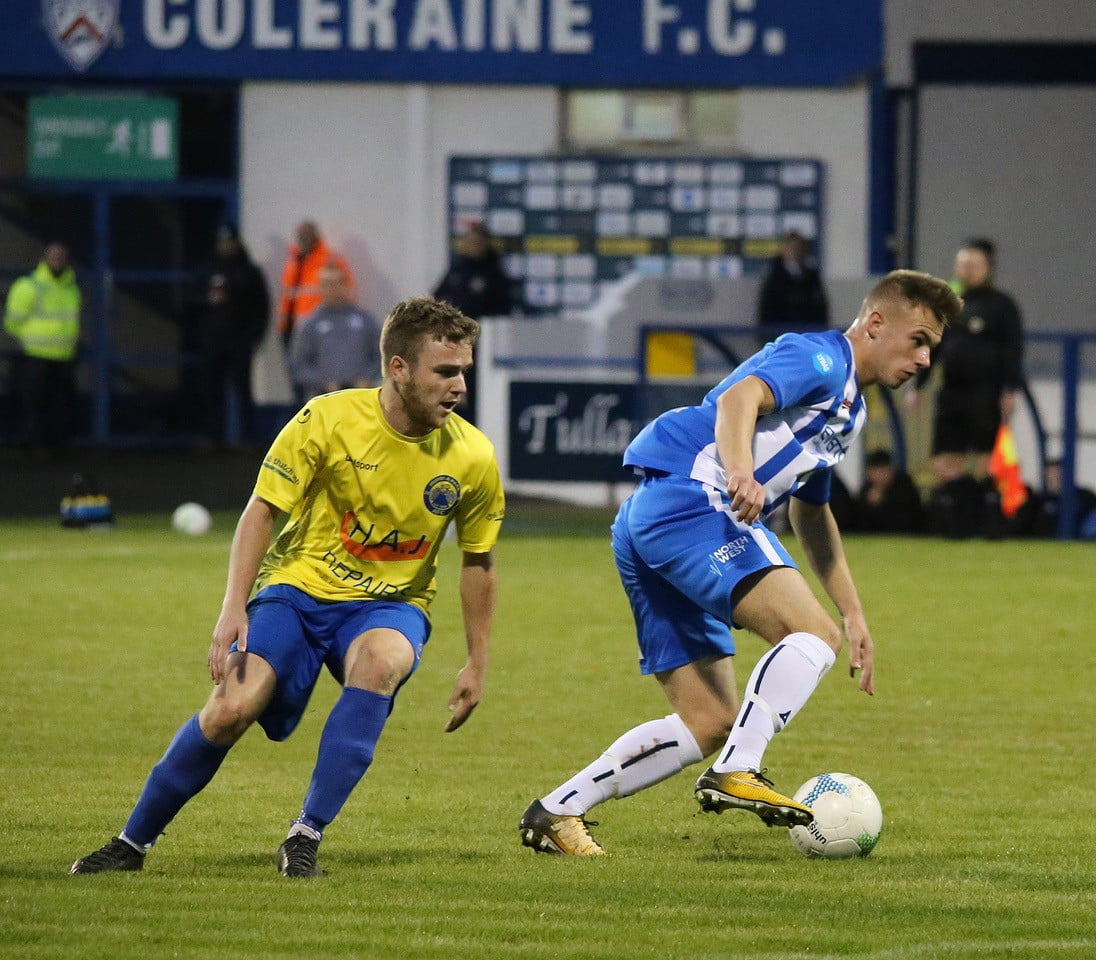 In what was a much changed line-up, there was a boost as Aaron Traynor made his first competitive start in a year, there was a debut for Martin Gallagher between the sticks, with Eoin Bradley also returning from a three-match ban. There was an eye on the future as Jay Riley, Robert McLean, Lewis Nevin and Caolan Brennan were all named in the starting line-up.

After just three minutes, it was the home side who threatened first as Bradley played a neat first time ball into the path of Brennan. The young winger cut inside but his low effort went wide of the near post. Moments later, Moyola ‘keeper Morgan Moore was called into action for the first time as he kept Bradley’s free-kick at bay.

There was a scare for the Stripes on 20 minutes as Christopher Dowie’s shot was deflected into the net by McIlhatton, but the ex-Ballymena United man was denied by the linesman’s flag. This sparked the visitors into life and they almost made the breakthrough three minutes later as Daniel Rafferty’s 25-yard effort went inches wide of the far post.

Moyola’s spell of dominance was rewarded on the half hour mark as a slick pass by Dowie found McIlhatton at the edge of the area. The midfielder showed neat foot work to bring the ball onto his right foot and his effort went over the head of Gallagher and into the net. The lead could have been doubled thereafter as a long ball found the run of Dowie but his shot trickled wide.

The Bluefin Sport Intermediate side were creating chances at will as Harris played through Michael Tolan inside the area but he failed to test Gallagher. On the stroke of half-time, Gallagher was called into action to save from Connor Lundy, with McIlhatton also rattling the crossbar from 25 yards.

The second-half was started brightly by Moyola as Rafferty once again went close as his shot was tipped over the bar by Gallagher. The resulting corner-kick was sent in by Harris and a missed clearance from the Coleraine defence resulted in the ball going into the back of the net to double the visitors lead on 51 minutes.

The woodwork would be left rattling again on 54 minutes as Coleraine full-back Jay Riley let fly from distance, and as the ball looked destined to ripple the net, the youngster would be denied a debut goal as it cannoned off the crossbar.

Under 20’s boss Ollie Mullan brought on Ruairi Boorman and Josh Tennant after 65 minutes and the double substitution sparked the Bannsiders into life as Gawne’s header was saved by Moore, before the stopper once again was on hand to prevent Gawne from scoring after a neat lay-off by McGuckin.

Coleraine would give themselves a lifeline on 73 minutes as Brennan’s corner-kick was met by the head of McGuckin and the ex-Dergview man found the back of the net for his second goal of the season. As Moyola dropped deeper and deeper, Coleraine were in control of the ball and they missed a fantastic chance to level the scores as McGuckin was denied twice by close range, before Brennan’s rebound crashed off the post.

There would be final chance at the death as Tennant shot over as Coleraine were edged out on the night.