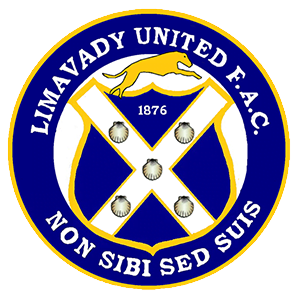 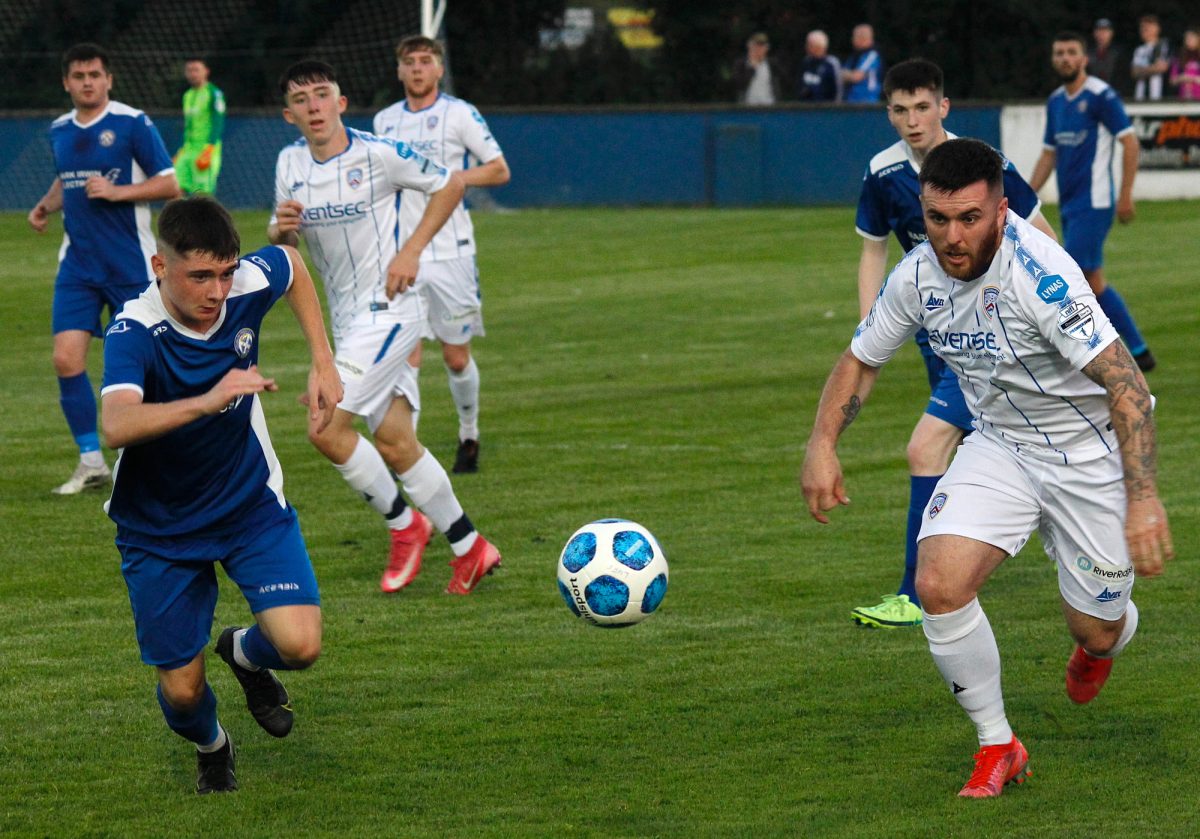 The visitors’ starting eleven was a blend of mixture and youth as Martin Gallagher, Ronan Wilson, Aaron Jarvis, Evan Tweed, Cathair Friel and James McLaughlin started the contest, alongside several players in the club’s under-20 side.

In a scrappy opening to the game, the first effort on goal arrived after just three minutes as the ball presented itself to Gary McFadden outside the box but the midfielder’s strike was always rising and failed to test Gallagher.

On 19 minutes, the Stripes took the lead as a great ball into the box by Wilson wasn’t cleared by United and McLaughlin was on hand to head the ball home despite the best efforts of the hosts’ defence to keep it out. At the other end, Gallagher was once again called into action to deny Dean Brown’s well driven effort.

United ‘keeper Connor Brown would receive a round of applause on 39 minutes as he made a superb stop. A free-kick from McLaughlin looked destined to ripple the net but the Limavady custodian dived to his right to tip the ball around the post. Minutes later, neat play in the midfield released Wilson but he dragged his effort well wide.

Those misses would prove vital as United equalised with the last action of the first-half. A great delivery from a corner kick was met by the head of Tiarnan Boorman who stooped low to find the back of the net.

The second-half would take a while to get going but on the hour mark, Coleraine would spurn two chances to regain the lead as Riley’s strike was tipped over the bar by Brown, before substitute Kirk McLaughlin headed wide after being picked out by Riley inside the box.

On 68 minutes, the Lims would take the lead as a fantastic ball over the top of the Coleraine defence allowed Alex Pomeroy to break the offside trap and go through on goal. The ex-Institute striker composed himself before rolling a smart finish into the bottom corner.

The Stripes went in search of a much needed equaliser and the woodwork would prevent them from doing so on two occasions. The first was on 76 minutes as a cross into the box by Lewis Tosh was latched onto by Friel but his header smashed against the post, with the crossbar being left shaking minutes later as Kirk McLaughlin’s lob hit the upright.

At the death, Limavady – who were beaten finalists in last year’s competition – would secure their name in the last four as the energetic Pomeroy closed down a defensive clearance with the ball going straight into the back of the net.