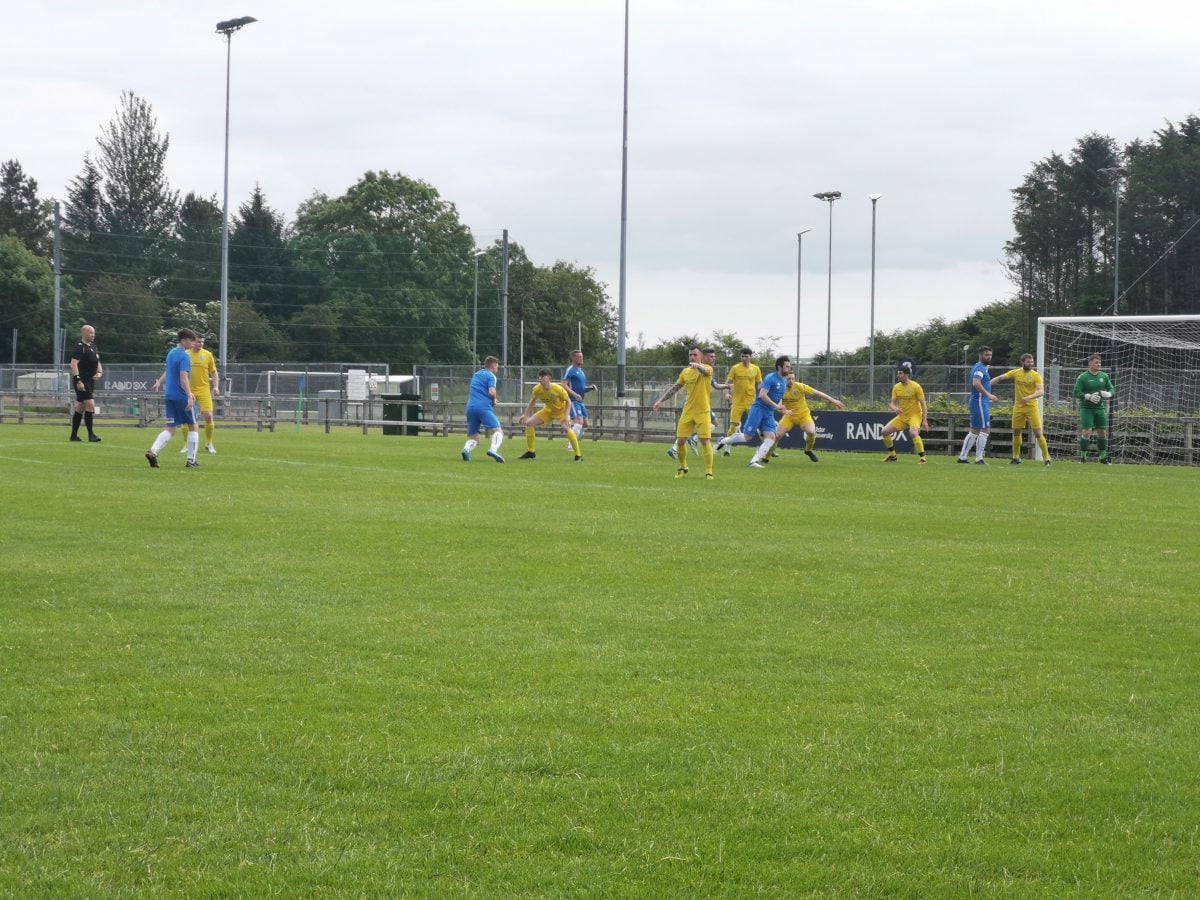 Coleraine boss Oran Kearney split his squad in half for the fixture which was played at Ulster University, with youngsters Kelly, Curran and Elliot all given game time.

After Dean Brown fired wide for the visitors, Coleraine would take the lead on ten minutes as Josh Carson weighted the perfect pass for Shevlin and he finished smartly into the top corner. Two minutes later, Shevlin would be denied a quickfire second after neat work from Kelly.

On 16 minutes, Martin Gallagher was called into action to save low from Caleb Wan who was well positioned inside the box. At the other end, Shevlin would go close with two further attempts before Aaron Canning’s header rattled off the post.

However, on 35 minutes, United drew level as a great ball over the top released the run of Brown and the winger kept his composure to stroke the ball into the back of the net. That joy would be short lived as Kelly showed great vision to release Shevlin and he rounded the ‘keeper and slotted into an empty net.

The Stripes started the second-half like they finished the first as they stretched their lead through that man Shevlin again. A cross into the box by Ian Parkhill met the head of Shevlin who bundled the ball home on 47 minutes.

In a game played in warm conditions, the next effort arrived on 73 minutes as a cross field ball by Canning found Eoin Bradley but his spectacular effort failed to find the target. Six minutes later, Shevlin would have his fourth as Parkhill unselfishly passed the ball to the striker who had the simple task of rolling the ball into the back of the net.

In a late flurry, the Stripes would add two further strikes as teenager Luke McConnell arrowed into the back of the net before Shevlin netted his fifth of the afternoon.

A good 90 minutes of football in the tank for Oran Kearney’s men and we thank Limavady United for the friendly and wish them well for the upcoming season.