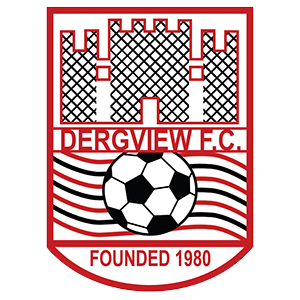 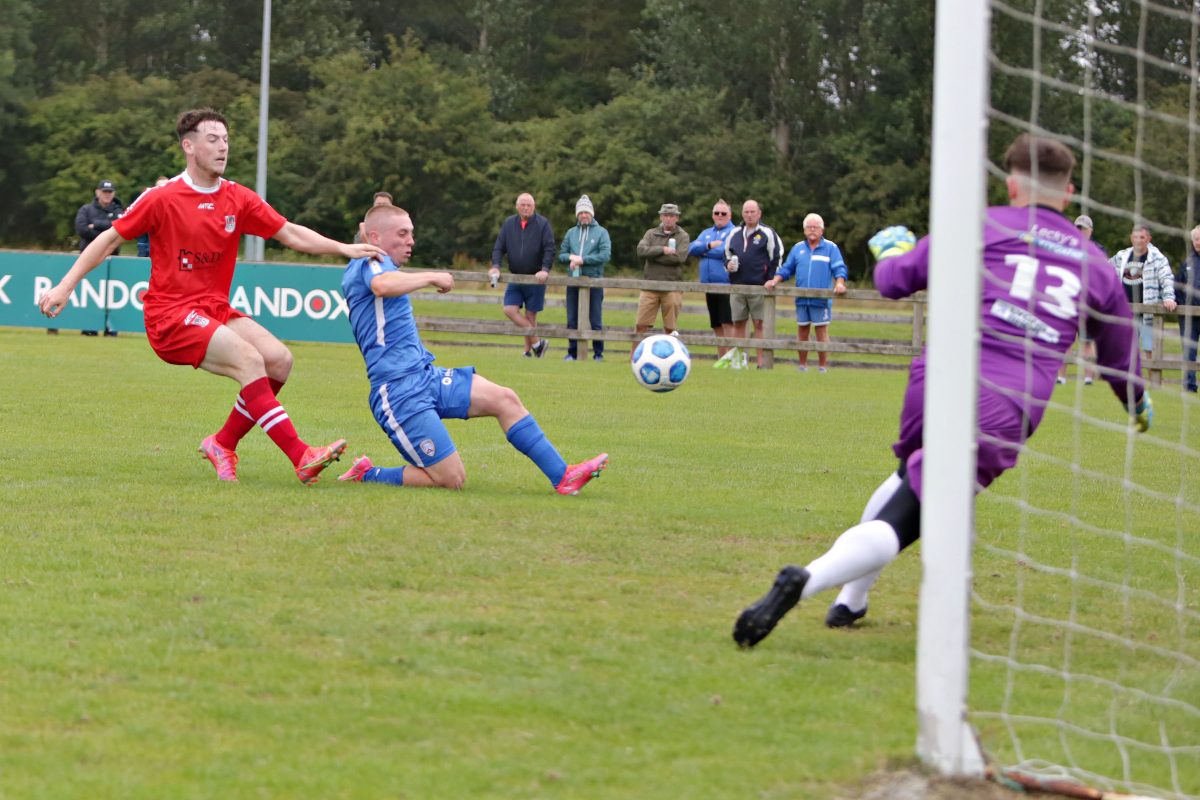 It didn’t take long for Oran Kearney’s men to take the lead as two of our summer arrivals combined to make the breakthrough. A superb free-kick delivery from Conor McKendry met the head of Cathair Friel who expertly found the bottom corner on four minutes.

Two minutes later, the Stripes would be awarded a spot kick as Eoin Bradley was brought to ground after seeing his initial effort blocked by the Dergview defence. Up-stepped Bradley but his spot kick was saved by Tom McDermott.

The hosts were looking dangerous every time they went forward as McKendry saw a looping header cleared off the line, before the winger’s cross was headed wide at the back post by Stephen O’Donnell.

Dergview almost equalised with their first venture forward as a cross found the run Jamie Browne but the midfielder couldn’t plant his header on target. That miss was compounded two minutes later as Coleraine added a second as Bradley’s cross was drilled into the back of the net by McKendry.

The Bannsiders enjoyed plenty of possession and their best chance before the break landed at the head of Bradley but it was comfortably gathered by the visiting goalkeeper.

Coleraine made two changes at the break with James McLaughlin and Matthew Shevlin leading the line at the expense of Cathair Friel and Eoin Bradley – with the pair immediately having sights of goal. The first chance fell to McLaughlin but his turn and shot went wide, before Shevlin failed to find the target with a half volley.

Just after the hour mark, Coleraine ‘keeper Martin Gallagher would be tested for the first time as he dived low to keep out a well driven free-kick by ex-Bannsider Matthew Kirk. However, on 63 minutes, Coleraine would add their third goal of the afternoon as a corner kick from McKendry was headed into the back of the net by McLaughlin.

Kearney would give game time to Howard Beverland and Lewis Tosh before watching his troops go four-nil ahead as Aaron Traynor played the ball into the path of Shevlin. The ex-Linfield striker turned his marker, adjusted his feet and planted a firm strike into the bottom corner.

There would be even time for Shevlin to grab his second goal of the afternoon as a cross by McLaughlin found his strike partner, and after his initial attempt was saved by the ‘keeper, Shevlin was on hand to simply tap the ball home.