DO you know that the Bannsiders were the inaugural winners of the Irish News Cup?

With the fantastic help of Hunter McClelland, colerainefc.com takes you back to 1995/96 as Kenny Shiels men plotted a return to the Premier Division, as well as competing for the Irish News Cup trophy.

The draw for the semi-finals pitted Coleraine against Derry City, in what would be the side’s first competitive meeting since Derry dropped out of the Irish League in 1972.

As if the game needed any more significance, the tension between the two clubs after Felix Healy’s defection ensured the game would be a real event. Coleraine travelled to the Brandywell for the first time in 23 years backed by a large support.

Coleraine turned on the style to outgun their fierce rivals at the Brandywell on Wednesday night. It was a performance which will last long in the memory; the Bannsiders, especially in the first half, gave the Candystripes a footballing lesson. Sammy Shiels scored both goals on a night when every Coleraine player hit form. (Chronicle).

Oh dear, what have Coleraine done to the town they love so well? The simple answer is that the city slickers in this game wore blue and white! How the Derry air was filled with Coleraine celebration put on hold for 23 years. (Times).

Derry were out-played, out-thought and out-witted by Coleraine. And let;’s take nothing away from the winners, they were clearly the better side on the evening and could have won by an even bigger margin. In Tony Gorman and Pat McAllister – Coleraine dominated the midfield exchanges – Derry were anonymous; in Paul Gaston and Goosy Young, they were particularly solid in defence – the Derry strikeforce failing to penetrate; and in the impressive Sam Shiels and Michael Surgeon, the Derry defence were always under pressure whenever danger threatened.

In short, the Ballycastle Road men were rampant. Playing attractive, fluent football on an excellentsurface, they entertained. Coleraine, to their credit, refused to sit back and their eventual success was fashioned by inventive use of the ball and electrifying pace. (Derry Journal) 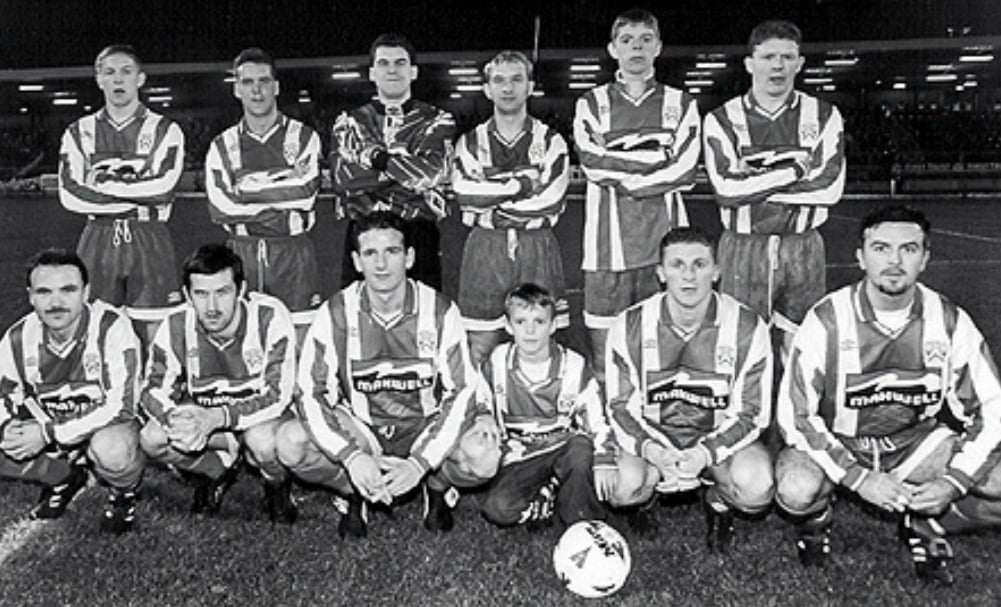 Derry City returned to Coleraine Showgrounds on Thursday night for the first time since August 1972, when the Bannsiders triumphed in a Carlsberg Cup competition.

Coleraine never looked like losing their 2-0 lead from the first leg. The only doubt was whether the match would continue after a power surge caused the floodlights to fail.

Paul Carlyle headed an own goal to give Coleraine the victory

We’ve had the champagne performance, now for the icing on the cake!

Kenny Shiels is determined that the second leg at Coleraine doesn’t turn out to be a case of flat beer after this 4-1 rout at St. Julian’s Road.

Coleraine won the match in the first half with a hat- trick from David McCallan and a Tony Gorman goal. Omagh were better in the second half but Coleraine kept their discipline. 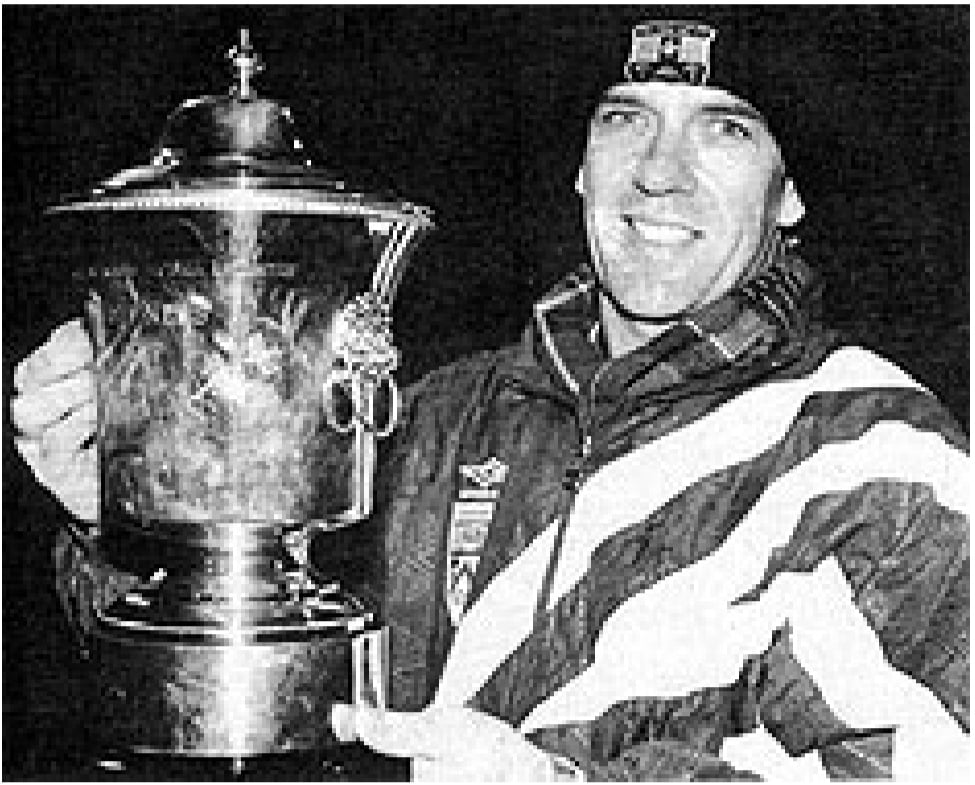 Coleraine made it third time lucky in cup finals against Omagh Town. They twice lost to the County Tyrone club in North West Cup Finals.

Manager Kenny Shiels believes he is assembling a side, which, boosted by several new signings, will be good enough to bring further success to Ballycastle Road.

Omagh were badly depleted by suspensions and injuries but Coleraine were ruthless. The Bannsiders won 12-2 on aggregate.