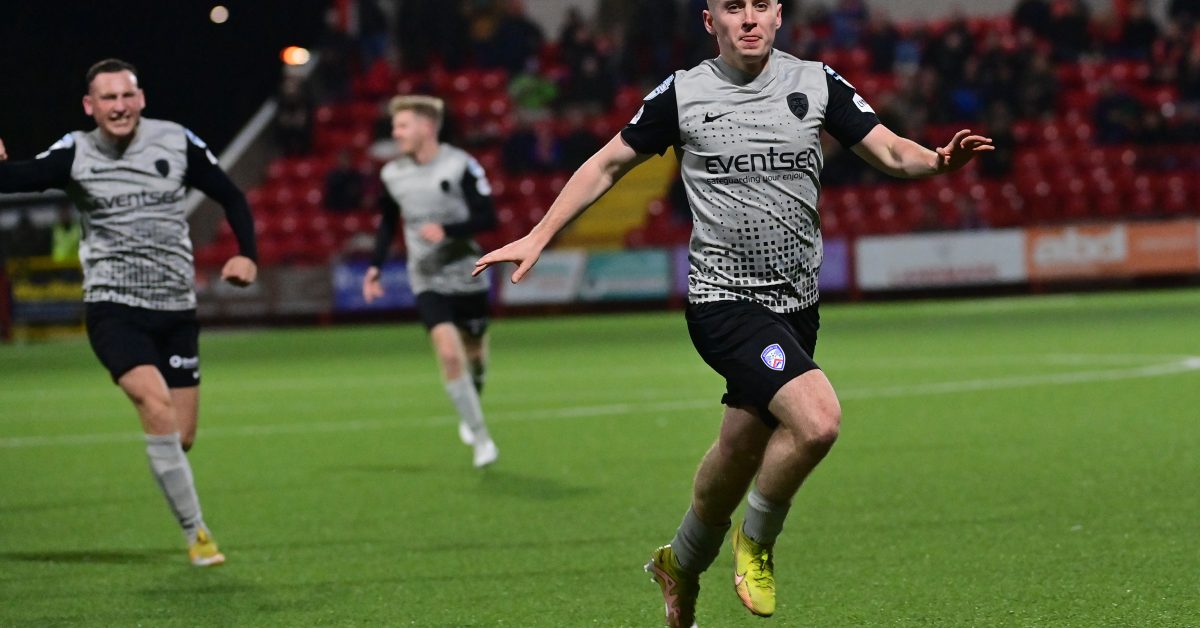 The Bannsiders would secure all three points as McKendry would find the back of the net alongside Matthew Shevlin.

McKendry stated that the Stripes had conceded too many goals in recent weeks but have managed to turn the tide as they banked their sixth clean sheet from the last seven games.

The winger also commented on the two goals as he provided an assist for Shevlin’s opener before rifling a shot beyond Rohan Ferguson on the stroke of half-time.

Unsurprisingly, the Carnlough native would have to be substituted due to fatigue ahead of next weekend’s fixture at home to Dungannon Swifts.