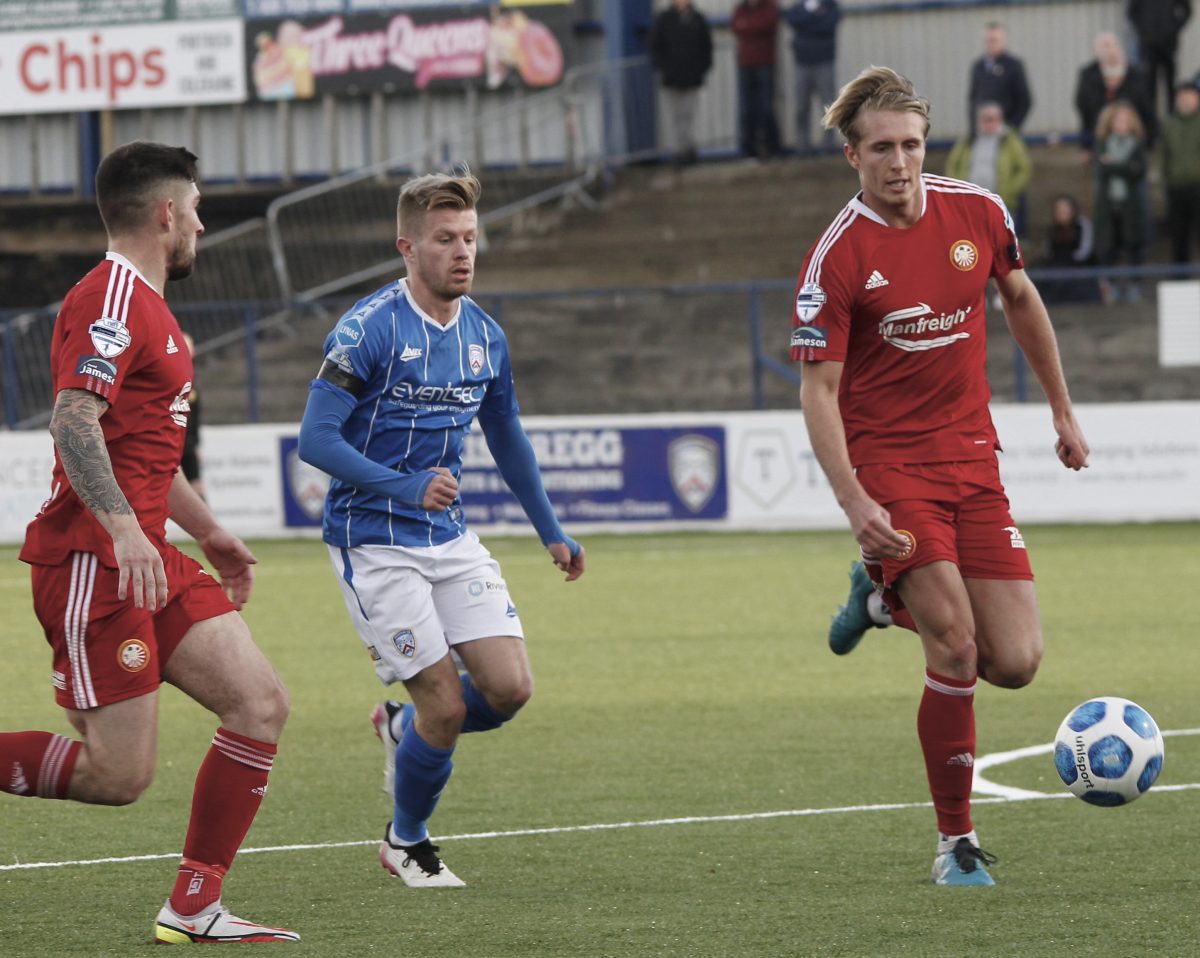 COLERAINE remained third in the Danske Bank Premiership after a hard fought 2-0 win against Portadown at The Showgrounds.

The Bannsiders would score a goal in each half to record a second successive 2-0 success in the Premiership and keep the pressure on the teams above them in the table.

On a lovely afternoon at the Ballycastle Road, it would be the hosts who would have the first effort of the game as Conor McKendry picked up possession from deep, burst forward and hit an effort straight into the gloves of Jethren Barr. Minutes later, Barr would be called into action yet again as McKendry’s effort took a wicked deflection but the stopper showed his agility to claw the ball over the crossbar.

The Ports – who were victors in the BetMcLean League Cup through the week – showed their intentions as Adam Salley had a strike on goal easily saved, before Matthew Shevlin headed wide from a corner on 26 minutes.

However, the deadlock was broken on 28 minutes as Shevlin picked up possession after cleverly beating the offside trap. The striker ran into the box, and after he tried to deliver a cross to the unmarked Cathair Friel, the ball was diverted into his own net by Paul Finnegan.

In a game of very few clear cut chances, the Stripes would carve out an effort on 56 minutes as Carson threaded through a pass to McKendry inside the box but the winger’s effort failed to find the target. Just five minutes later, Barr would have to be alert to save from Lyndon Kane’s strike from distance.

As Coleraine looked for that crucial second goal they would be once again left frustrated as Jamie Glackin’s shot went over the crossbar as the Ports seized momentum with Stephen Teggart heading over from Oisin Conaty’s cross and Lee Bonis’ could only turn the ball over after meeting a Teggart cross.

The three points would be secure in added time as Coleraine caught the visitors on the counter attack which allowed McKendry to unselfishly square the ball to Shevlin who made no mistake from inside the area.