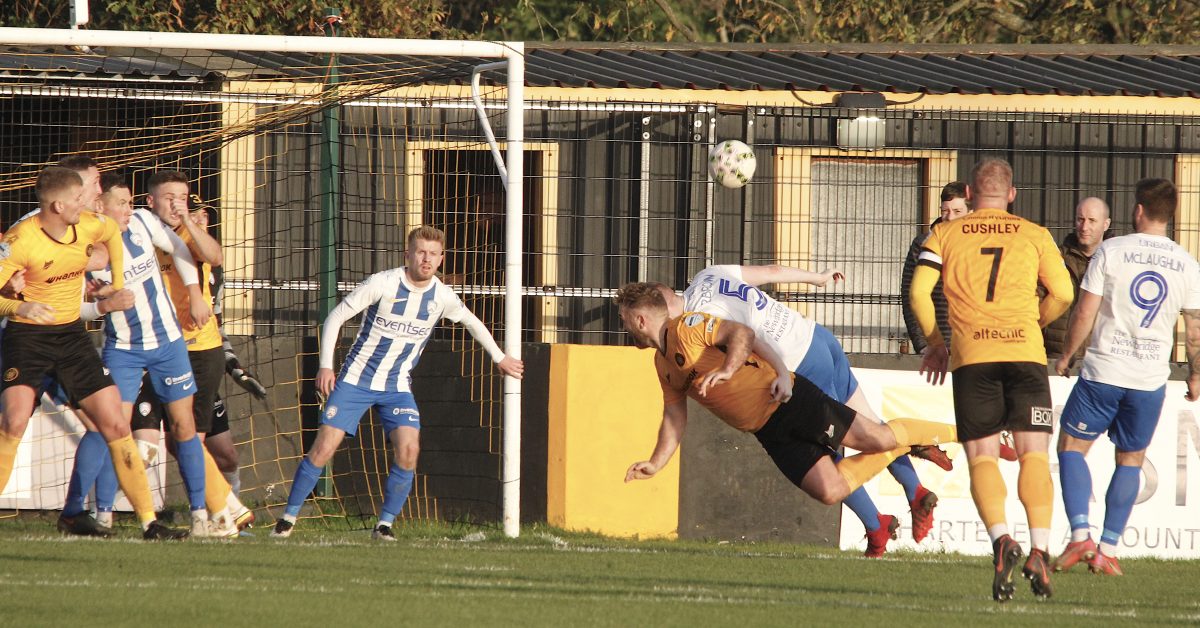 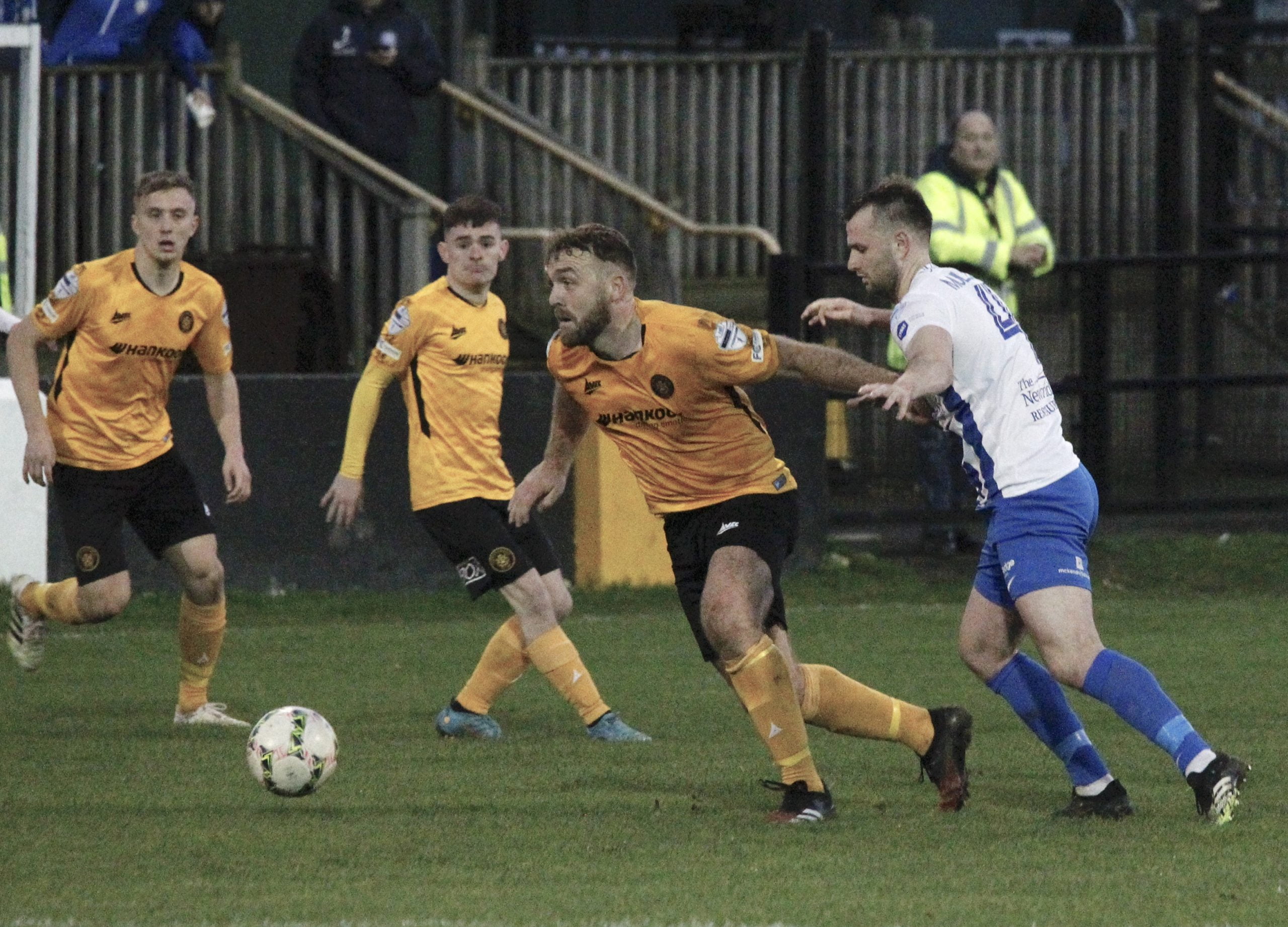 COLERAINE made it three wins in a week as they left it late to see off Carrick Rangers in east Antrim.

The hosts would make a bright start to the game and threatened twice inside the first seven minutes as David Cushley sent an acrobatic effort wide, before Andrew Mitchell’s well driven strike went straight down the throat of Gareth Deane.

Matthew Shevlin – who hit a hat trick on his last visit to Carrick – would twice go close in as many minutes as he fired straight at Ross Glendinning after latching onto a through ball, with the striker then heading wide from Conor McDermott’s cross.

On 19 minutes, the hosts missed a great chance to take the lead as persistence from Cushley allowed the ball to break to Lloyd Anderson inside the area, and just when it looked like he would ripple the net, the midfielder sent his shot over the crossbar.

A few minutes later, the Amber Army would have the ball in the back of the net as a corner kick was headed into the net by Cameron Stewart but the ex-Coleraine man would see his celebrations cut short as the goal was disallowed for a foul on Deane.

Just before the half hour mark, Coleraine would go close again as Shevlin and James McLaughlin played a neat one-two with the latter sending a strike wide, whilst at the other end, Mitchell would once again see a chance of his own come and go.

On the stroke of half-time, there would be more frustration for Carrick as an attempt from Kyle Cherry looked to be goal bound but somehow Deane jumped high to get a fingertip to the ball and tip it over for a corner.

Oran Kearney made a triple substitution at the break by bringing on Dean Jarvis, Adam Mullan and Michael McCrudden and the change of shape proved fruitful as his side began to create more chances.

On 51 minutes, Carson would force Glendinning into a save and McCrudden couldn’t force home the rebound, with McDermott’s thunderous drive catching the attention of the Carrick ‘keeper who turned the ball over for the crossbar for a corner kick.

On the hour mark, the Stripes would threaten again as Shevlin’s through ball released Lee Lynch but Glendinning was quick off his line to smother his attempt. From the resulting corner kick, Mullan’s half volley forced Glendinning into action yet again with Lynch blazing over another chance soon after.

There would be further half chances for both sides as Ben Tilney stung Deane’s gloves with a daisycutter from just inside the box and substitute Evan McLaughlin would let fly distance that was comfortably held by Glendinning.

The game looked like being decided by a solitary goal and it duly arrived on 82 minutes as a long ball wasn’t cleared by the Carrick defence. This would be punished as Carson was alert to the second ball and hit a delightful half volley on the turn for his first goal of the season.

Coleraine held on for a hard fought victory ahead of visits from Crusaders and Glentoran next week.