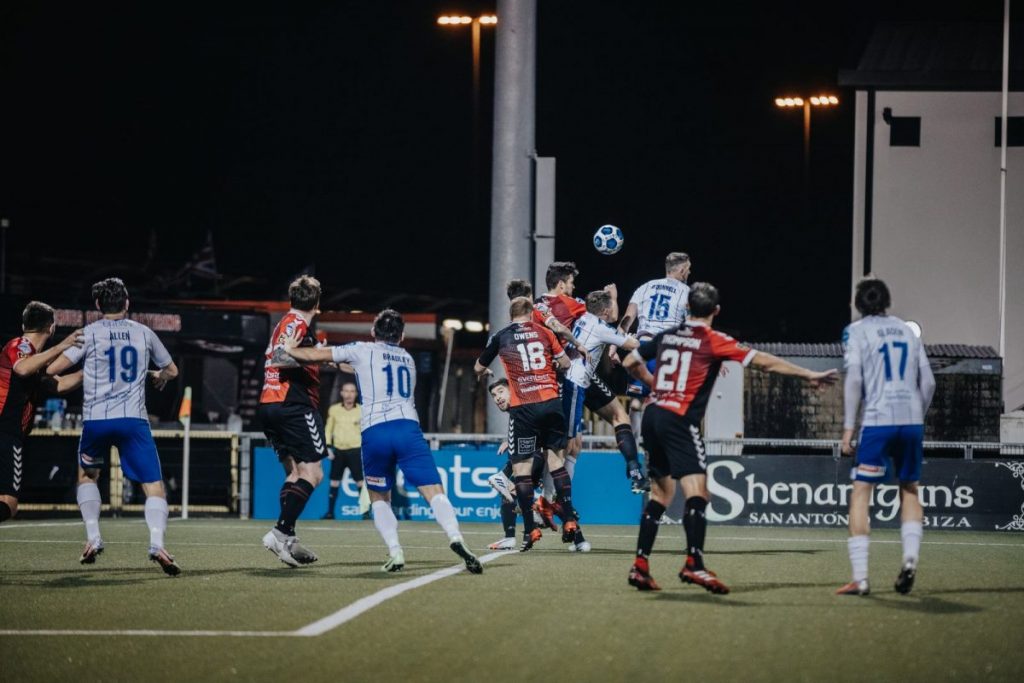 COLERAINE suffered a second defeat of the season as Jordan Owens’ header gave Crusaders a 1-0 victory at Seaview.

Bannsiders boss Oran Kearney made two changes to his starting eleven as Steven Douglas replaced the suspended Gareth McConaghie, with Eoin Bradley making his first start of the season at the expense of Evan Tweed who was carrying a knock.

On seven minutes, Bradley and Stewart Nixon would combine at the edge of the box to tee up Ben Doherty but his goal bound effort was blocked by the Crusaders defence. At the other end, Ross Clarke’s corner kick met the head of Philip Lowry, and just when it looked like the ball was going into the net, Gareth Deane made a superb stop to deny the midfielder.

The Stripes would carve out another half chance on 14 minutes as Bradley held the ball up for Stephen Lowry but he failed to test Sean O’Neill. Moments later, Lyndon Kane picked up possession inside his own half and went on a lung busting run but Curtis Allen couldn’t profit from a tight angle.

In a cagey first-half, it took until after the half hour mark for the next opportunity on goal as Doherty’s deep free-kick was flicked across by Allen and Stephen O’Donnell would see his shot blocked by the home side’s defence. From the resulting corner kick, Glackin picked out Lowry and his shot and turn would also be deflected wide as both teams went into the interval scoreless.

The second-half would be as quiet as the first and Coleraine made an early substitution as Ronan Wilson replaced Curtis Allen, allowing Jamie Glackin to be pushed further up the pitch. On 57 minutes, O’Neill would be forced into action to keep out Bradley’s 30 yard free-kick.

Doherty – who netted a hat-trick in last weekend’s draw against Glenavon – looked set to add to his eight goals for the season but his dipping effort deflected straight into the arms of O’Neill.

However, the deadlock would be broken on 71 minutes as Jordan Forsythe’s free-kick found the run of Owens who expertly headed past Deane for the winner.