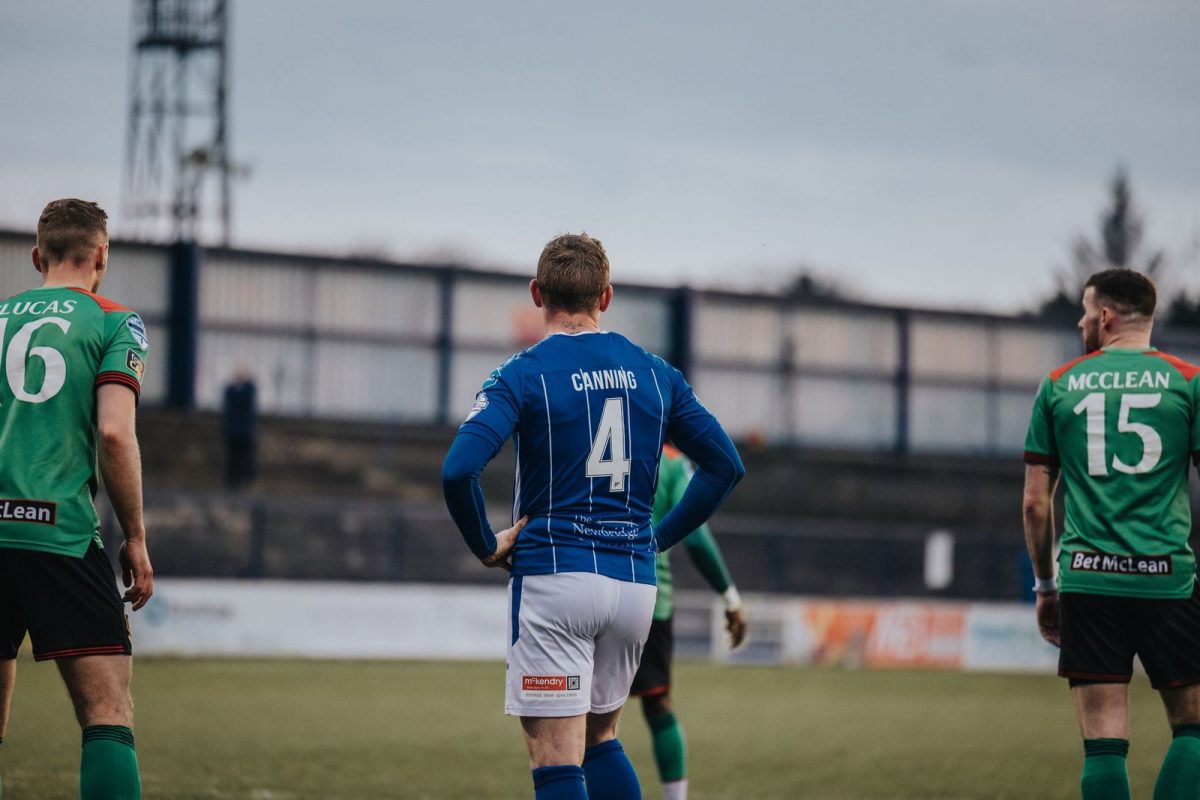 Matthew Shevlin earned his side a well deserved point at the Showgrounds after another entertaining dual.

As was the case on Tuesday, it was Glentoran who started brightly.

It took a goal-line clearance from Eoin Bradley after five minutes to keep the visitors at bay, after Rhys Marshall and Marcus Kane both went close following a goalmouth scramble.

It was Marshall who popped up unmarked at the back post on 11 minutes to get on the end of Andrew Mitchell’s corner but he steered his header wide.

Coleraine burst into life after a quarter of an hour and almost opened the scoring. Matthew Shevlin outpaced the defence but his powerful drive was well saved by Rory Brown.

Stevie Lowry was next to try his luck but his snap shot from Jamie Glackin’s 24th minute corner lacked the power to trouble Brown.

Lowry went closer on 36 minutes when he connected perfectly with Bradley’s cross but Patrick McClean made a vital block.

It was Glentoran who took the lead three minutes before half time. Ciaran O’Connor was allowed to run unchallenged and when the ball broke to Robbie McDaid, he made no mistake from close range.

Substitute Ben Doherty replaced Evan Tweed early in the second half and he was quickly involved when Bradley’s cross fell to him inside the box after an hour, but he pulled his effort wide.

Just like midweek at The Oval, the Bannsiders came from behind to level. Doherty provided the cross on 64 minutes and Shevlin fired the ball home from close range.

As the game continued to ebb and flow, McDaid almost restored Glentoran’s advantage but he shot narrowly past the post.

Coleraine had a great chance to go in front 12 minutes from time when Shevlin latched onto Bradley’s flick on but he snatched at his shot and pulled it well off target.

However, it was Glentoran who wasted a great chance to win the game in the final minute, but Ruaidhri Donnelly somehow headed Dale Gorman’s corner over the crossbar.

So Coleraine hold onto second spot and retain their two point advantage over Glentoran who have a game in hand.