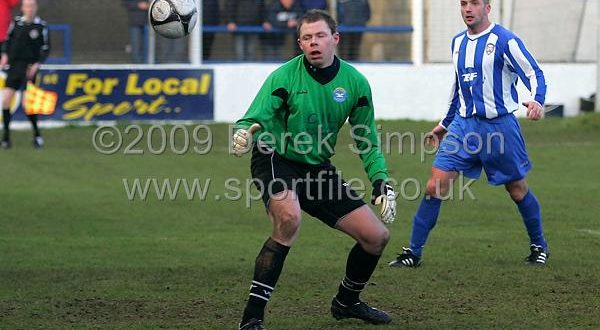 COLERAINE would earn all three points from their last competitive outing against Bangor as Darren Boyce, Kyle McVey and Gareth Tommons got on the scoresheet… 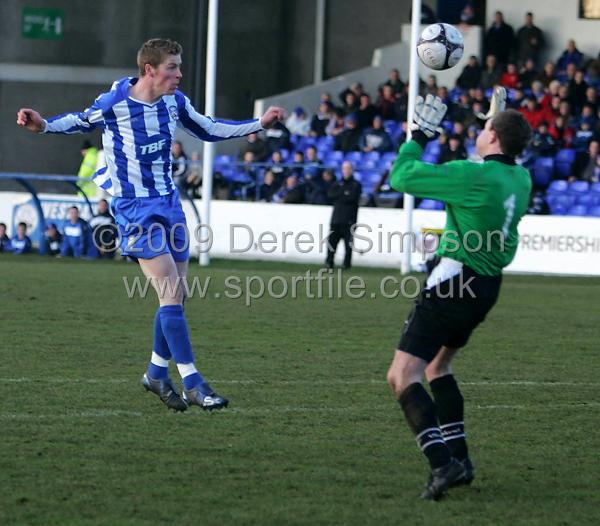 Coleraine took a massive step towards securing their place in the top six with a 3-1 victory over fellow challengers Bangor.

On a day where all the other JJB Sports Premiership matches fell victim to the weather, the Bannsiders took full advantage to stretch their lead over the chasing pack thanks to goals from Darren Boyce, Kyle McVey and Gareth Tommons.

As Coleraine were slow to get started, Dom Melly had a chance to put the visitors in front, but O’Hare did well to save. Darren Boyce then had a great chance to open the scoring for Coleraine as he beat the Bangor offside trap and found himself clean through on goal. However, he was slow to get his shot away and Brown came out to smother the ball.

However, he made amends with 12 minutes on the clock as he exploited a missed header by Dean Youle from O’Hare’s long kick to head the ball past Brown. This was followed by a good spell for Coleraine as a defenders intervention turned Boyce’s cross away from Carson, while McCallion shot wide after the corner had been scrambled away.

Then the lively Tommons embarked on a trademark run through the midfield and was closing in on goal when he was clipped from behind. He managed to carry on, but had lost his balance and his shot was easily saved by Brown.

But Bangor began to find their way back into the game and scored an equaliser with half an hour gone as Melly skipped past Crossan before putting the ball into the box, where it was met at the back post by Nigel Boyd who headed past O’Hare. There was a late scare as Irvine sent a header wide for Bangor, but Coleraine went in level at the break.

At the start of the second half, Carson sent a free kick over the bar, while at the other end O’Hare did superbly well to save from McDowell, eventually getting the ball safe after a couple of rebounds. Magennis then missed the target for Bangor, while a low shot from McCallion was blocked by a defender as it went goalwards.

It was looking like being a frustrating afternoon for Coleraine, especially after Tommons hit the post following a great cross from Carson. By this stage, David Platt had introduced Tolan to the fray, replacing the struggling Crossan and this was to prove a major turning point in the game.

Soon Coleraine were back in front, as Tolan flicked on a free kick to McVey at the far post and he connected sweetly to fire it into the back of the net. The third came as Tolan released the ball for Tommons and he raced clear of the defence before calmly slotting the ball under Brown for his second goal in as many games.

Victory was almost secure, but the margin could have been greater had Tolan managed to convert a couple of chances set up for him by Carson. Then right at the death, O’Hare made a great diving save to palm away a speculative effort from McDowell. 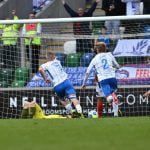 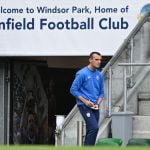 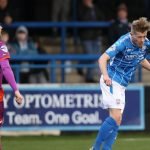