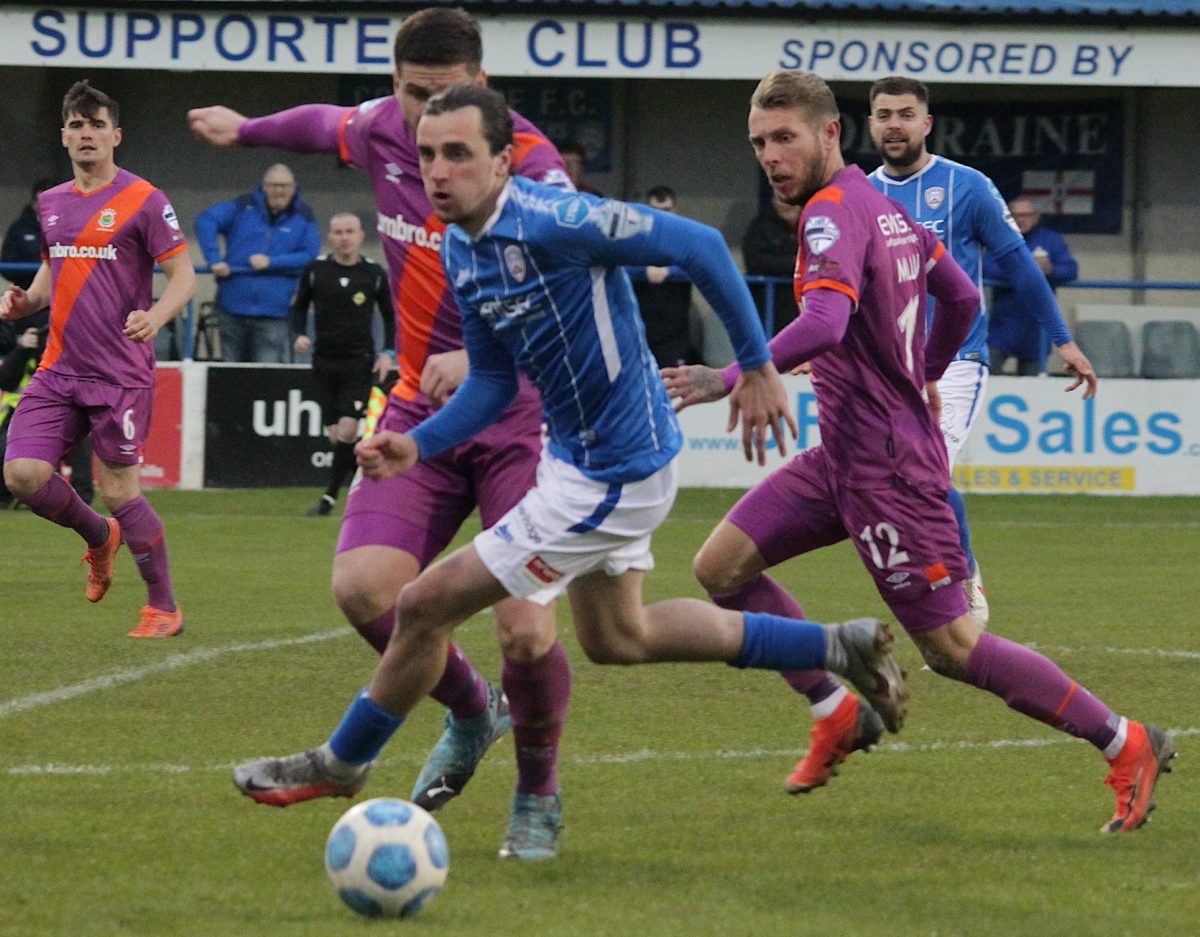 Linfield clinched their 55th title courtesy of the 1-1 draw.

Nevertheless the Bannsiders – with European qualification secured last weekend – can hold their heads high after another outstanding season.

Coleraine’s response was almost instant. Chris Johns pulled off a super save to deny James McLaughlin from Jamie Glackin’s lay off and then Glackin had an effort blocked by Stafford.

Home fans thought Curtis Allen had levelled from Aaron Canning’s long throw in on 18 minutes but the striker was booked for putting the ball in the net with his hand.

Allen went close again after 33 minutes but volleyed over the top after an exchange between Glackin and McLaughlin.

His perseverance was rewarded as the hosts deservedly equalised after 36 minutes.

A flowing move ended with Allen getting on the end of a terrific Lyndon Kane cross to head past Johns.

Ben Doherty was next to try his luck with a long range drive five minutes before the break.

And the ever dangerous Allen had another opportunity right on the stroke of half time but steered his near post header from Glackin’s cross wide.

An entertaining first 45 minutes drew to a close with Linfield going close to restoring their lead.

Marty Gallagher did well to palm out Cammy Palmer’s shot and then reacted quickly to keep out Joel Cooper’s follow up.

Coleraine, requiring a win to keep their title challenge alive, continued to force the issue in the second half.

Aaron Jarvis got on the end of a Ben Doherty corner on 64 minutes but Johns palmed away his header.

Blues defender Stafford then made a crucial intervention as Allen waited to connect with another great Kane delivery.

The final chance of a frantic second half fell to Josh Carson but his well struck shot was saved by Johns and hooked to safety.

Despite a fantastic effort on the night Oran Kearney’s men just couldn’t find a winner.