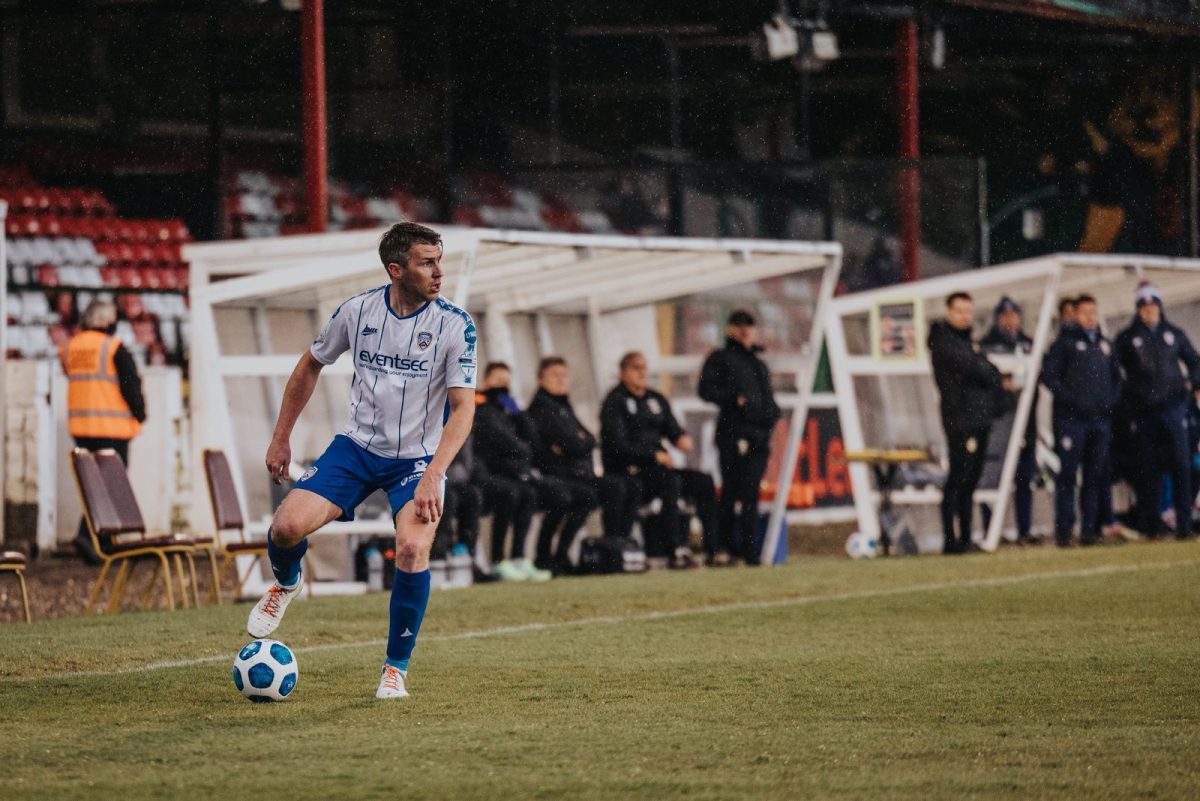 STEPHEN Lowry would be the Coleraine hero as he lashed home a last gasp equaliser against Glentoran.

Once again the players displayed immense character to fight back for a vital and deserved point at The Oval.

Stalemate between the teams for the third time in a matter of weeks but just how important could this latest draw prove to be?

With so much at stake, it was no real surprise that the first half was a cagey affair.

As expected, it was a tough battle in midfield, with both teams lacking a little creativity in the final third.

Coleraine almost made a dream start but the woodwork denied them an early opener.

Eoin Bradley wasn’t far off the mark with a well taken tenth minute free kick as the visitors continued their bright start.

Robbie McDaid caused a brief moment of anxiety with an enterprising diving header from Andy Mitchell’s free kick, while at the other end Doherty brought out a save from Rory Brown with a decent long range attempt.

McDaid and Jay Donelly produced efforts, neither of which troubled Marty Gallagher too much.

It was the Bannsiders who went close to breaking the deadlock before the interval.

First, Luke McCullough headed narrowly past his own post from a deflected Aaron Jarvis shot.

Then, sixty seconds before the break, Josh Carson shot wide when the ball broke to him following a Lyndon Kane corner.

The second half was a much more open contest and the visitors almost drew first blood within six minutes.

Gael Bigirimana was dispossessed by Bradley who found Doherty but his shot hit the side netting.

There was plenty of attacking endeavour but few clear cut openings.

The introduction of Dale Gorman provided the home side with a spark… and the breakthrough.

Two minutes later it took a fine stop from Gallagher to push away the midfielder’s effort from Jay Donnelly’s lay off.

Then, with only three minutes remaining, Gorman hit a free kick his father Tony – a former Showgrounds favourite – would have been proud off.

Fortunately for Coleraine, the ball smashed against the crossbar.

And it was to prove a crucial let off as the Bannsiders grabbed a dramatic equaliser.

Substitute Stewart Nixon’s long throw-in eventually fell to Doherty whose ball into the box wasn’t cleared and Lowry fired past Brown with the aid of a deflection off Patrick McLean.

And after the thrilling finale, Coleraine remain in second place one point above Glentoran.