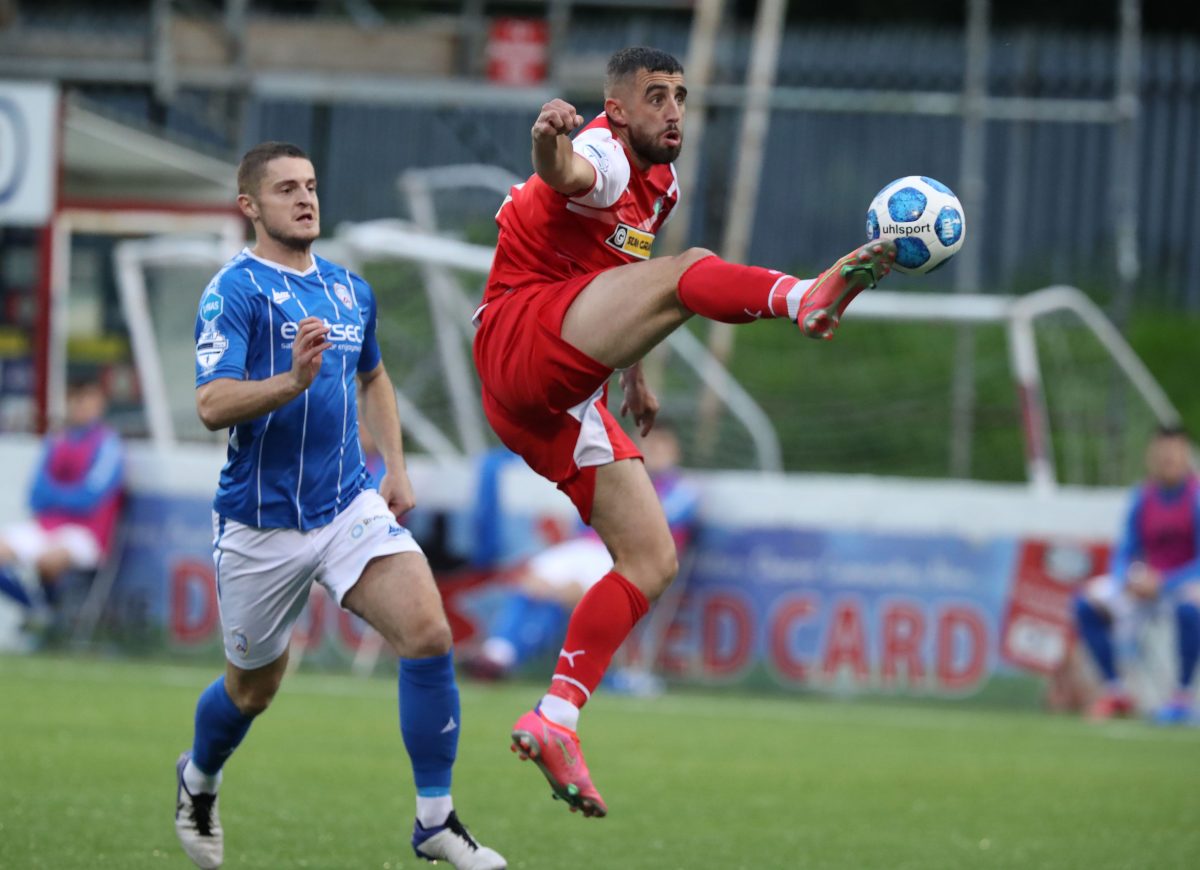 The Bannsiders named an unchanged line-up from last Friday’s defeat to Larne with Josh Carson also making his way back into the matchday squad.

Cliftonville – who won their opening day fixture against Carrick Rangers – started on the front foot and threatened after just four minutes when Jonny Addis drove forward and blazed over the crossbar. Two minutes later, a ball over the top found Joe Gormley but his lob was hooked to safety by Aaron Jarvis.

After Conor McKendry dragged an effort wide from distance, Cliftonville would have a goal disallowed for offside on 18 minutes. A ball into the box by Jamie McDonagh met the head of Gormley, and after his initial effort was saved and Ryan Curran’s strike hit the crossbar, Gormley would force the ball home but he was denied by the linesman’s flag.

On 35 minutes, the Stripes would have a sight of goal as Josh Carson – who was introduced at the expense of Aaron Jarvis – robbed Addis in possession and cut the ball back to Matthew Shevlin but the striker’s drive sailed over.

There would be a delay to the start of the second-half due to floodlight issues in North Belfast but when play resumed, Coleraine had Stephen O’Donnell to thank as the skipper cleared Gormley’s cross just before Rory Hale would have tapped the ball into an empty net.

Just before the hour mark, both sides would create opportunities as O’Donnell’s snapshot from the edge of the area went harmlessly wide, whilst Coleraine ‘keeper Deane was called into action to deny Gormley.

The introduction of Eoin Bradley sparked Coleraine into life as the striker was denied by a goal line clearance from Levi Ives, before Skinner teed up Glackin inside the area but the ex-Dungannon Swifts ace was unable to find the target.

On 72 minutes, Oran Kearney’s men would rue another missed chance as Bradley had the vision to pick out strike partner Shevlin inside the area but he arrowed wide from a good position.

Cliftonville captain Chris Curran made a timely intervention to stop McKendry from taking the lead and that would prove to be vital as the Reds took the lead sixty seconds later. A fantastic delivery into the box by McDonagh was powerfully headed home by Gormley on 79 minutes.

Paddy McLaughlin’s side made it a quick fire double as they went 2-0 ahead on 81 minutes as McDonagh was afforded too much space inside the area and his cross went into the net via a deflection from O’Donnell.

Coleraine pulled one back in the closing moments through Aaron Traynor who crept in unnoticed at the back post to head Lyndon Kane’s cross past Declan Dunne but it wasn’t enough to spark a late comeback.