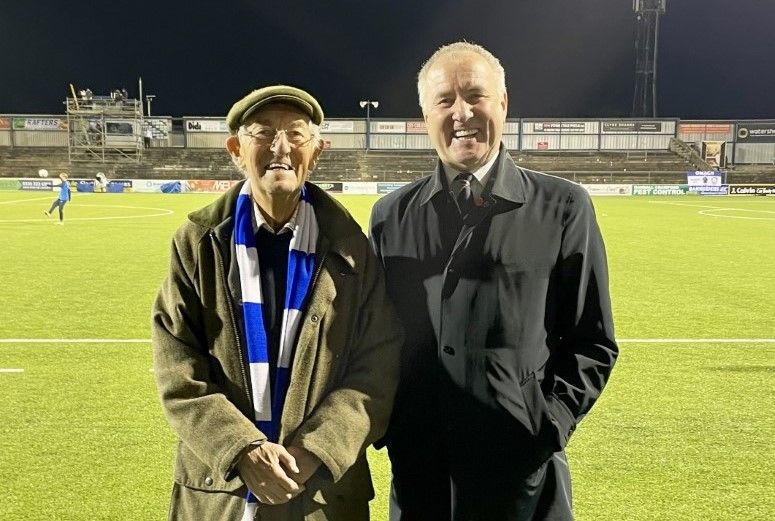 Coleraine Football Club’s Board submitted an application to the UK Government’s “Levelling Up Fund“ in August 2022. The proposal is based around developing the Ballycastle Road as the Northwest Regional Stadium at The Showgrounds which would make it a model of best practice for stadium design on the island of Ireland.

The Government fund allows for applications of up to £20m for wellbeing, regeneration or culture and £50 m transport projects. In total just over £150 million is set aside for Northern Ireland of which £50 million was committed in the first round and £100 million is available in this call.

The development would include new stands at the south side next the railway track and the replacement of the Jack Doherty stand increasing the capacity to 8,000, incorporating provisions for player development, hospitality, media as well as safe modern spectator amenities. Facilities would also include a community pitch to meet the growing demand from the local groups.

You can hear what Lord Rogan had to say on the video below.