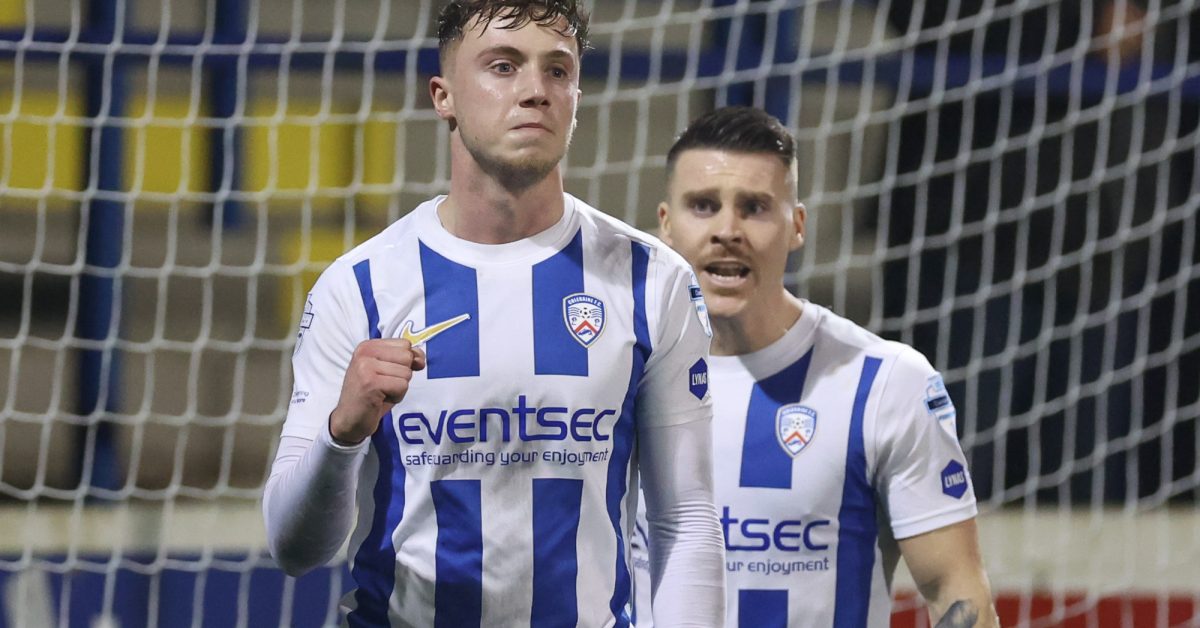 Coleraine would have to work hard for the three points as a penalty from Matthew Shevlin on 70 minutes settled the outcome at The Showgrounds.

The Stripes would start the contest well and had two chances inside the first ten minutes as Shevlin headed into the body of Ross Glendinning from close range, before McKendry sent crisp effort wide from 20 yards.

However, Oran Kearney’s men would receive a blow just before the hour mark as Jamie Glackin was dismissed for a tackle, with Carrick almost making the numerical advantage count straight away as David Cushley flashed a guilt-edged chance wide.

Just after Dean Jarvis almost teed up Shevlin and Andy Scott, the Bannsiders would be awarded a penalty kick as Shevlin was fouled inside the area by Ronan Kalla. A confident Shevlin sent Glendinning the wrong way to make it 22 goals for the campaign.

The lead would be severely tested with little more than ten minutes remaining as Nedas Maciulaitis laid the ball on a plate for Lloyd Anderson who was somehow denied by a world-class save from Marty Gallagher.