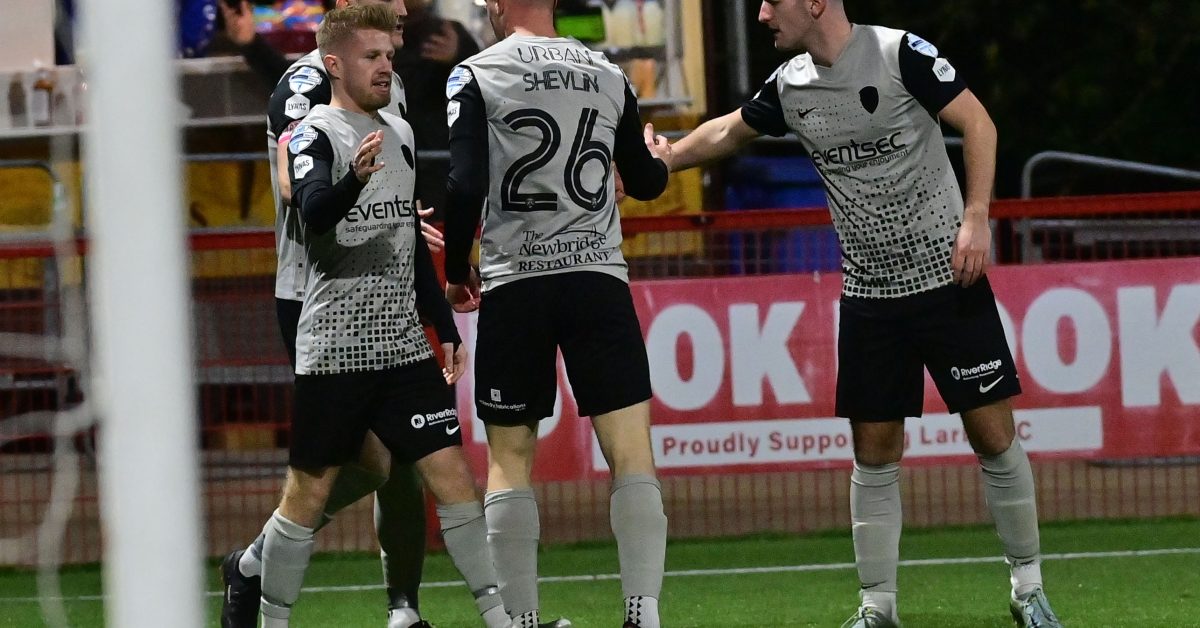 Coleraine would pick up an important three points at Inver Park through goals from Matthew Shevlin and Conor McKendry.

The Stripes would take the lead after just four minutes on the clock as a delivery into the box by McKendry was headed into the net by Shevlin.

On the half hour mark, Coleraine would have Gareth Deane to thank as the stopper made a great save to tip Lee Bonis’ well driven effort over the crossbar.

After Shevlin would see a one-on-one opportunity come and go, the Bannsiders would double their advantage in first-half stoppage time as McKendry played a neat one-two before lashing an effort beyond the reach of Rohan Ferguson.

Oran Kearney’s men would have the first two chances after the break as McKendry and Shevlin both went close, whilst at the other end, Deane would have to dive to his right to keep out Ben Doherty’s free-kick.