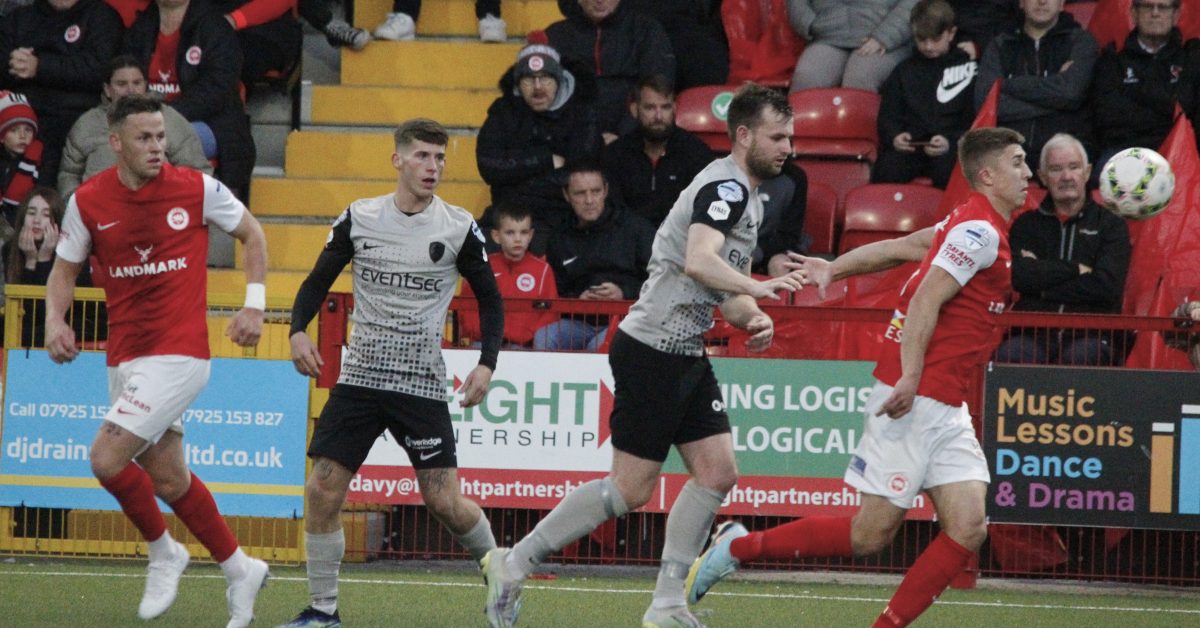 COLERAINE have high hopes of ending November on a high as they face league leaders Larne this evening (KO 7:45pm)…

Coleraine remained in sixth spot in the Danske Bank Premiership standings after a goalless draw against Glenavon at Mourneview Park. The stalemate was the second in succession for the Bannsiders who will be buoyed by the return of Lyndon Kane and Jamie Glackin from suspension. The aforementioned Kane will earn his 250th appearance for his boyhood club if selected.

Larne were in midweek action as they fell to a 1-0 defeat against Linfield at Windsor Park. The loss was only the second time the Inver Reds have tasted defeat all season, however, they are still at the summit of the Danske Bank Premiership. Tiernan Lynch’s men have also sealed their passage through to the final of the County Antrim Shield, where they will face Linfield in the decider this coming January.

Coleraine and Larne faced each other at the start of last month as the Bannsiders lost for a second successive fixture. After missing a guilt-edged chance to take the lead through Jamie Glackin’s close range effort, the Stripes would fall behind as Leroy Millar got his head onto a long ball to nod past Martin Gallagher. Both teams would see chances come and go at either end but a decisive second would arrive from the boot of Paul O’Neill to seal all three points for the hosts.

“We had a few tired and sore bodies after the Glenavon game.

“However, we have recharged the batteries and we are hoping to get the players back from suspension and injury which will leave us good to go.”

The match referee will be Declan Hassan.

The assistant referees are Paul Robinson and Stephen Donaldson.

Glenn Buchanan has been selected as the fourth official.

Coleraine supporters can buy tickets for the fixture which can be purchased HERE.

If you are not feeling yourself this afternoon and you have symptoms which you feel are similar to COVID-19, please stay away from the stadium and think of others.