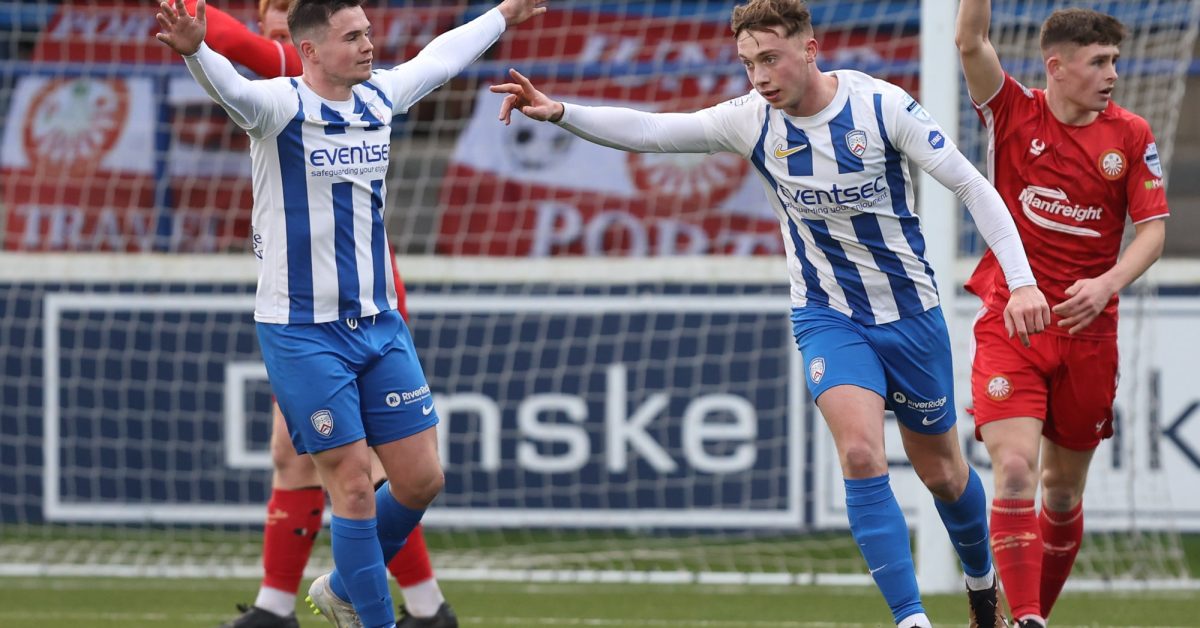 Coleraine welcome the Amber Army to The Showgrounds tonight on the back of Saturday’s draw against Cliftonville, with Stuart King’s side not in action due to the inclement weather.

However, Shevlin, who took his tally for 21 goals for the season after netting a brace at Solitude, acknowledged that the Stripes will take confidence from coming from behind to earn a share of the spoils in north Belfast.

“We won’t really think about Carrick not being in action over the weekend,” the striker said.

“We got a good point against Cliftonville after being 2-0 down and we showed good character which we need to take into this evening.

“I wasn’t counting my goal tally!

“I’m happy with 21 so far but I’m not done yet as there are plenty of games left, so I’ll see where that takes me.”

Shevlin spoke about his two goals against the Reds as he hopes to shrug off an ankle complaint for tonight’s game.

“I managed to score twice in the league and twice in the League Cup, so I’ve happy memories at Solitude recently,” he added.

“It was a good ball by Dean Jarvis into my feet and Jonny Addis brought me down and I was delighted to tuck away the penalty.

“I always tell the boys to fire the ball into the box as I aim to be there and it was a great ball in and I was pleased to get a touch.

“I had a bit of an ankle injury towards the end and I couldn’t run any more.

“I will ice up over the next few days and hopefully be okay for tonight.”