A return to the big time…

That’s the feature for this week’s podcast as we speak to Downtown/Cool FM Presenter and Newry City fan Gareth McCullough, who is embracing his side’s return to the Danske Bank Premiership.

The Podcast – sponsored by Radio Taxis and hosted by Damian Mullan and Johnny McNabb – reflects on the Bannsiders’ defeat to Glentoran, the midweek success against Institute and the upcoming clash against Newry.

The trio also discuss Newry’s impact since promotion, the controversy surrounding their win against Dungannon Swifts and hopes and aims for the campaign ahead.

With Damian leading the prediction league charts, will Johnny or Gareth (representing the guests) close the gap? 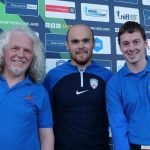 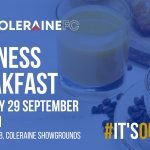 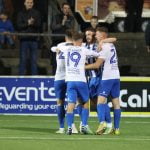