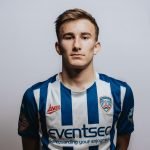 About Alexander:
Alex was promoted to the first-team squad in the 2018-19 season after impressing with the Reserves. A prominent member of the County Londonderry SuperCup NI squad, Alex’s never-say-die attitude has been a real hit with the Coleraine support and he has a strong eye for goal. He will be hoping to add to his experience during the 2019-20 campaign. 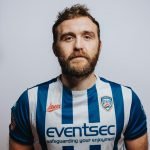