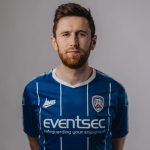 About Howard:
Howard re-joined the club in the summer of 2020 following a spell at Crusaders, where he lifted the Danske Bank Premiership, Irish Cup and County Antrim Shield. The Ballymoney man was previously the club captain at The Showgrounds and has made over 300 games for the Bannsiders. His experience is vital both on and off the pitch.