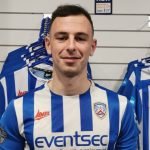 About Matthew:
Matthew was brought to the club in January 2020 after impressing for Belfast Celtic in the Ballymena & Provincial League. A GAA star for Antrim, the attacker has arrived late to the Irish League scene compared to others, but he has caught the eye during his short career in football. It is hoped that he can replicate the success of Eoin Bradley and Emmett McGuckin who have played both sports. 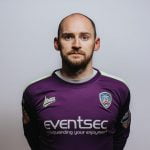