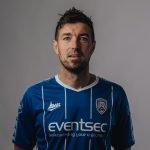 About Steven:
Steven Douglas was brought to the club in 2013 to add experience and quality to the Bannsiders’ defence. ‘Dougie’ is a leader in the changing room and his experience has helped the numerous young players at the club to develop their potential. A prominent first-team player at Linfield, the popular centre-back has won everything in the local game. At 43-years-old, the Ballymena man is still going strong and has made over 150 appearances for the club. 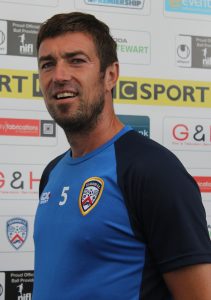 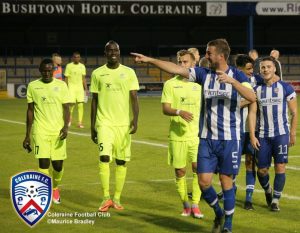 Douglas in fine form as Coleraine secure a goalless draw against FK Haugesund in the Europa League. 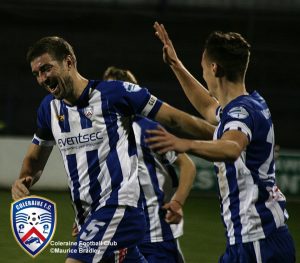 Douglas celebrates after scoring against Moyola Park in the North-West Cup. 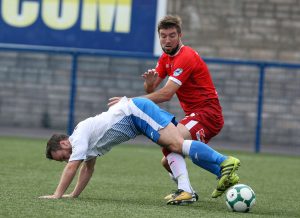 Close quarters as Douglas keeps an eye on his marker in the fixture against Ards. 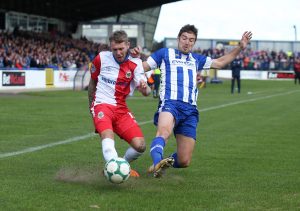 ‘Dougie’ put in a man-of-the-match performance against Linfield at The Showgrounds in September 2018. 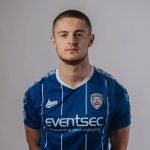