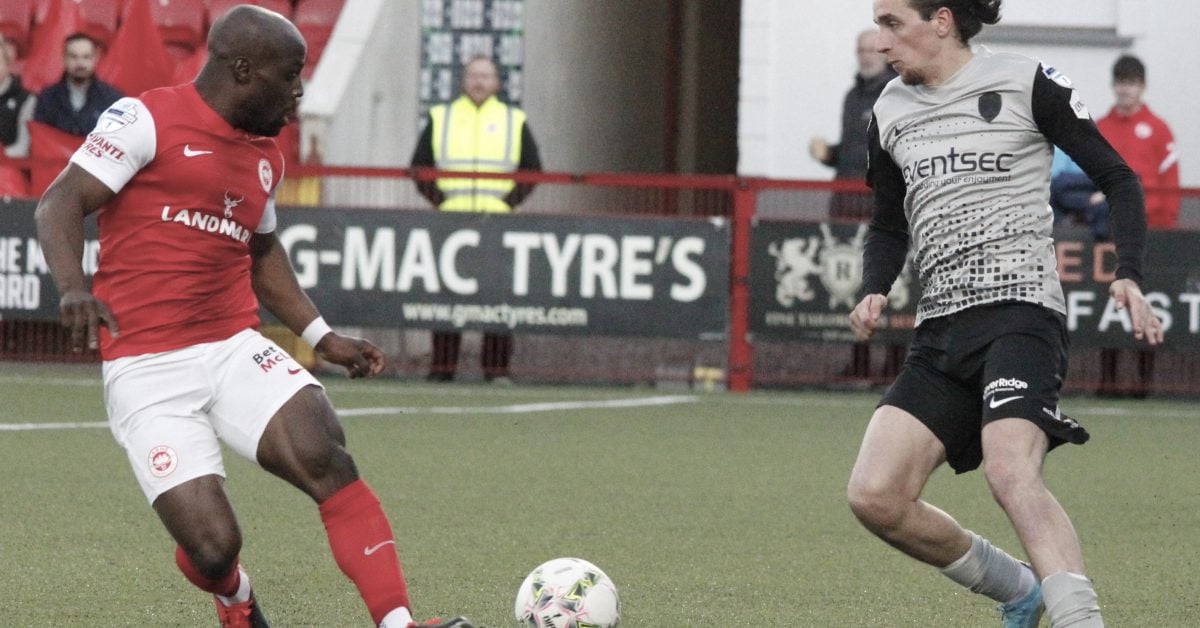 The Bannsiders were without Lyndon Kane and Matthew Shevlin due to suspension for last weekend’s clash against Glenavon, whilst injury ruled out Jamie Glackin from featuring.

However, Coleraine will hope to call on the services of the trio as they face Tiernan Lynch’s side who currently sit at the summit of the Danske Bank Premiership.

“It was a really tough day and we expected it to be,” Kearney said after the game against Glenavon.

“We’ve picked up a couple of aches and pains in the game which were unforeseen and obviously we were missing three key players through suspension and injury.

“We were down to the bare bones but I’ve got to give big credit for the players from front to back and the players who came on.

“It’s a tough place to come, they put it right down your throat and have Eoin Bradley and Matthew Fitzpatrick who are a handful.

“We will recharge the batteries, get the boys back from injury and suspension which will leave us good to go for Larne.”

Despite not finding the back of the net in successive Premiership fixtures, Kearney has been pleased to see his troops record two clean sheets.

“We spoke last week about getting back to where we wanted to be and where we’ve always been,” he continued.

“A big foundation for us over the years has been that ability to collect clean sheets.

“From front to back we were excellent against Glenavon, Gareth Deane as well as he’s claimed and punched everything that he needed to.”