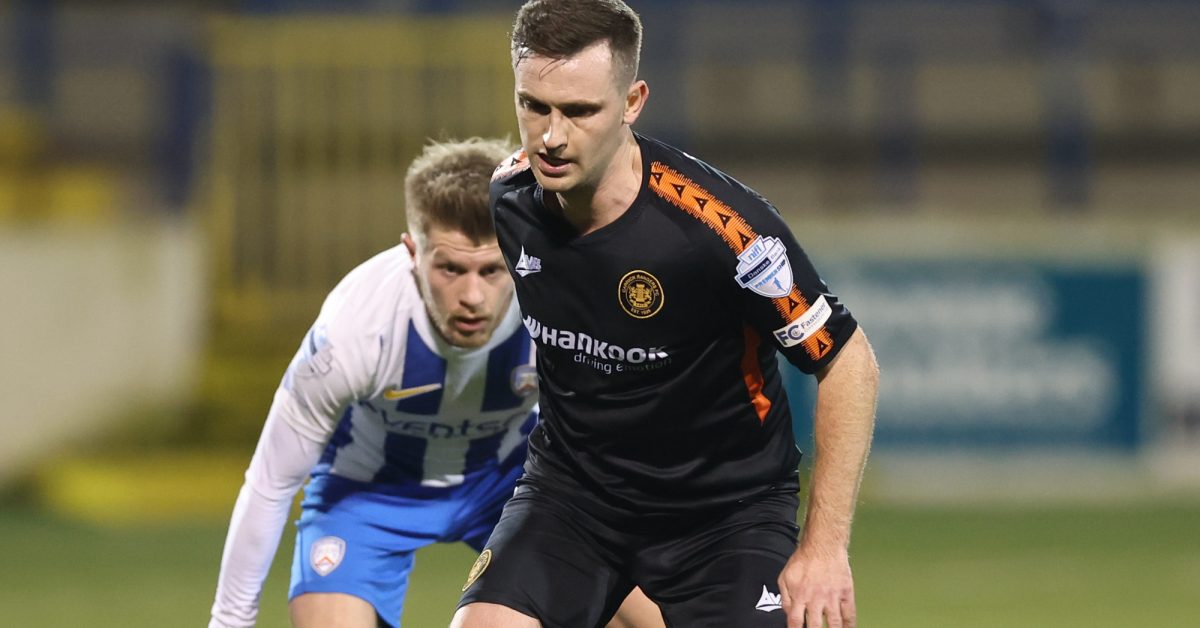 A late penalty from Matthew Shevlin would settle matters after Jamie Glackin had been dismissed just before the hour mark.

Kane acknowledged that Carrick are never easy to play against as they stick to their game plan but that the squad were delighted to get the job done.

The defender/midfielder revealed that the red card gave the players “a kick” to dig deep and the Bannsiders are blessed to have two top goalkeepers as Marty Gallagher made a world class save to deny Lloyd Anderson late on.

The Stripes travel to Dungannon Swifts on Saturday and despite going there full of confidence, Kane was quick to point out that there are no easy games in the Premiership.