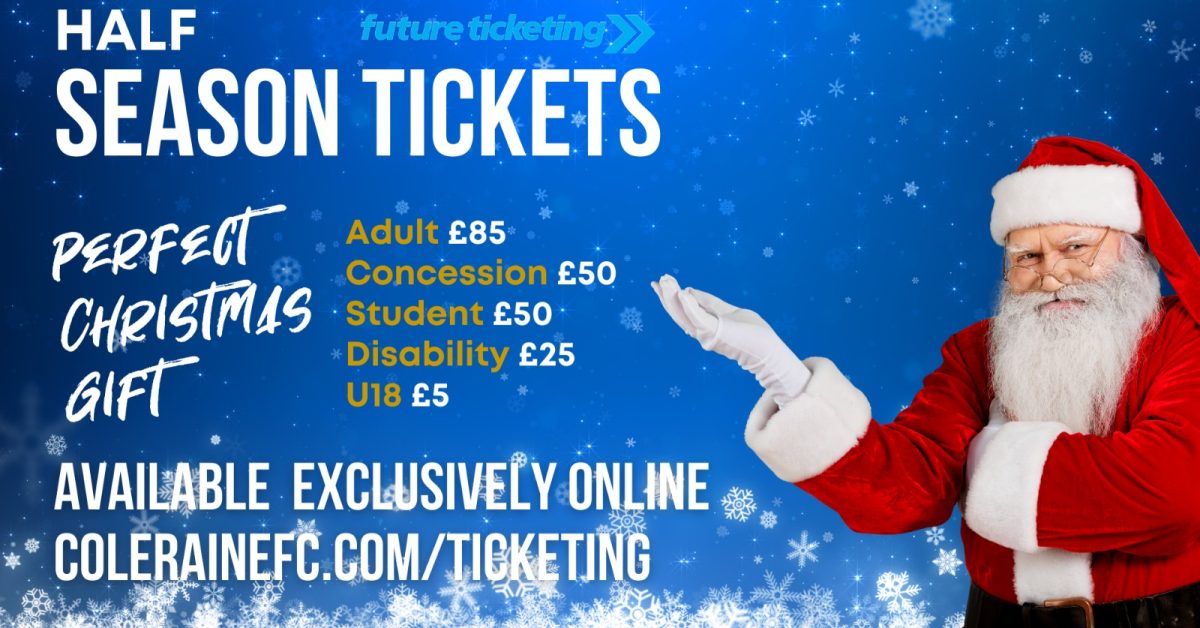 AFTER a rollercoaster first half of the season, supporters can now secure their seat for the second half with a Coleraine FC half season ticket…

After an opening to the campaign that has seen thrills and spills, a half season ticket would make the ideal gift for any Bannsiders fan and secures the holder their seat for every home game for the second half of the season, starting with the visit from Ballymena United on Boxing Day.

A half season ticket will cover clashes against the likes of Glentoran, Larne, Ballymena United plus so much more as we enter the business end of the campaign.

These are exciting times for Coleraine Football Club and no Bannsiders fan will want to miss out on the second half of the season, so grab your season ticket now HERE.

The prices are as follows:

Please note that Season Tickets can only be bought online and entry into the ground will be used via an e-ticket which will be sent to your e-mail account.