The striker netted 22 times in all competitions with 13 of those coming in the Danske Bank Premiership, as well as seven in the BetMcLean League Cup.

As such, colerainefc.com has picked out five of Matthew’s deadly strikes throughout the season.

The Bannsiders came into the second leg of the contest after a 2-1 defeat to Bosnian side FK Velez Mostar in the searing heat of mainland Europe. With renovation works taking place at The Showgrounds, the fixture would be played at Mourneview Park and Shevlin would bag his first European goal as he headed home from Jamie Glackin’s cross after 33 minutes. Despite the ‘home’ faithful sensing a memorable turnaround, the game would be taken away from the Stripes as Brandao and Nemanja Andusic netted after the break to send Mostar through. Nevertheless a priceless memory for Shevlin to break his duck in European competition. 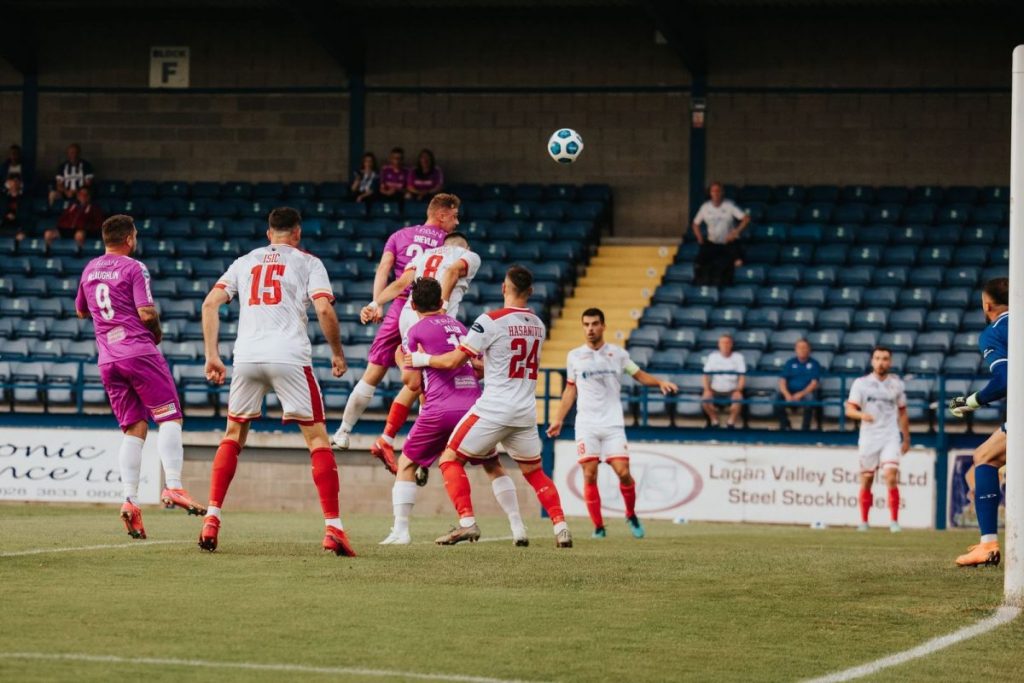 The Stripes knew if they could beat Warrenpoint Town and other results went their way then they could potentially move up to second in the Premiership standings. Coleraine would get off to an excellent start by hiting the front after just six minutes as a clever ball released the run of Shevlin who was clean through on goal. The striker – who beat the offside trap – had the vision to see the onrushing Conor Mitchell come off his line and he delicately lobbed the ball over the ‘Point stopper. The afternoon would get even better for the ex-Linfield ace as he added a second after the break to seal a 2-0 success for Oran Kearney’s side. 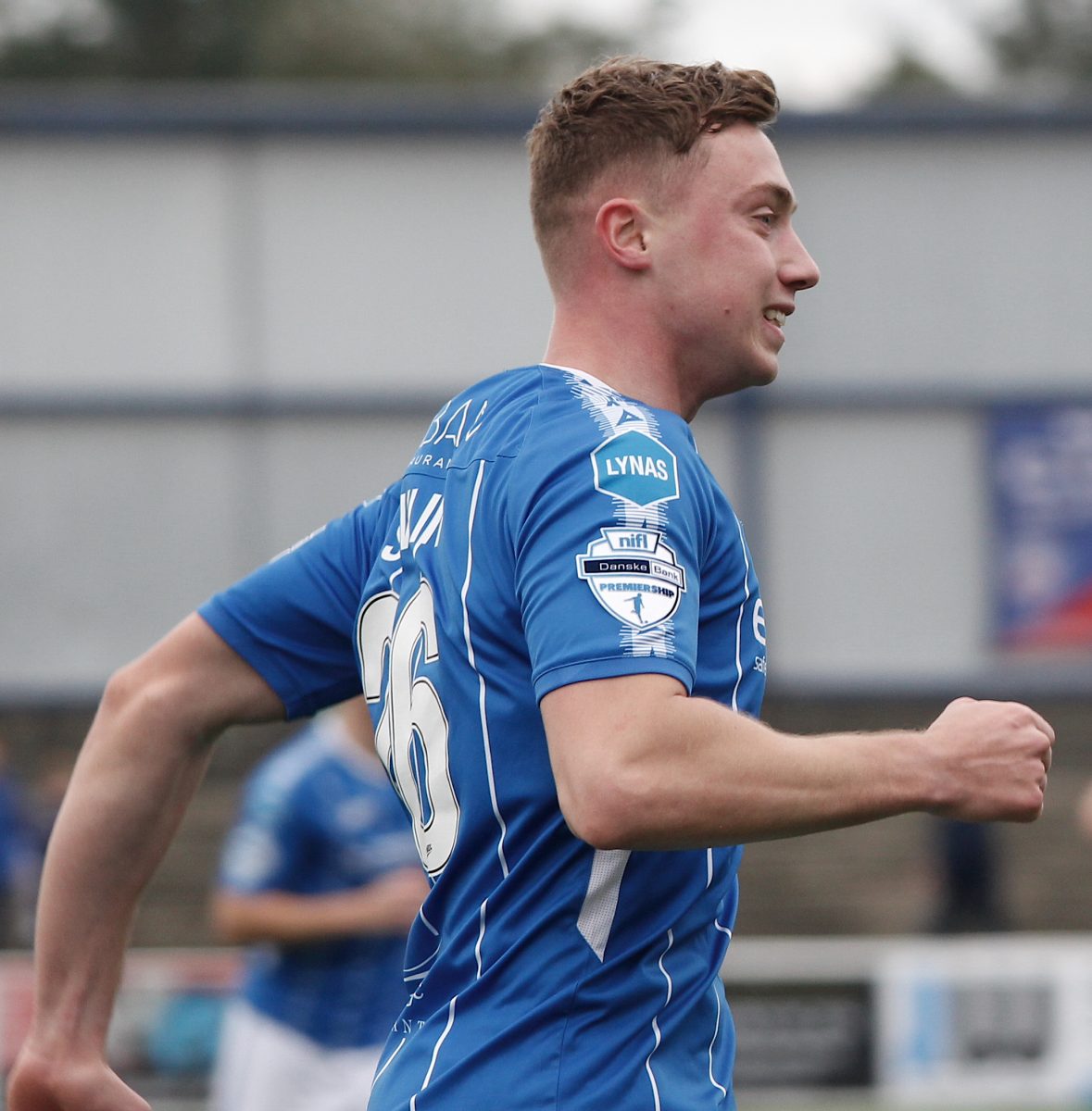 Coleraine looked to end a profitable October by securing another three points at home to Portadown. The Bannsiders would be pushed hard by the visitors and managed to break the deadlock on 28 minutes as Shevlin picked up possession after cleverly beating the offside trap. The striker ran into the box, and after he tried to deliver a cross to the unmarked Cathair Friel, the ball was diverted into his own net by Paul Finnegan. However, the Ballymena native would seal the fatal blow in second-half stoppage time as he found the top corner after being picked out by Conor McKendry. 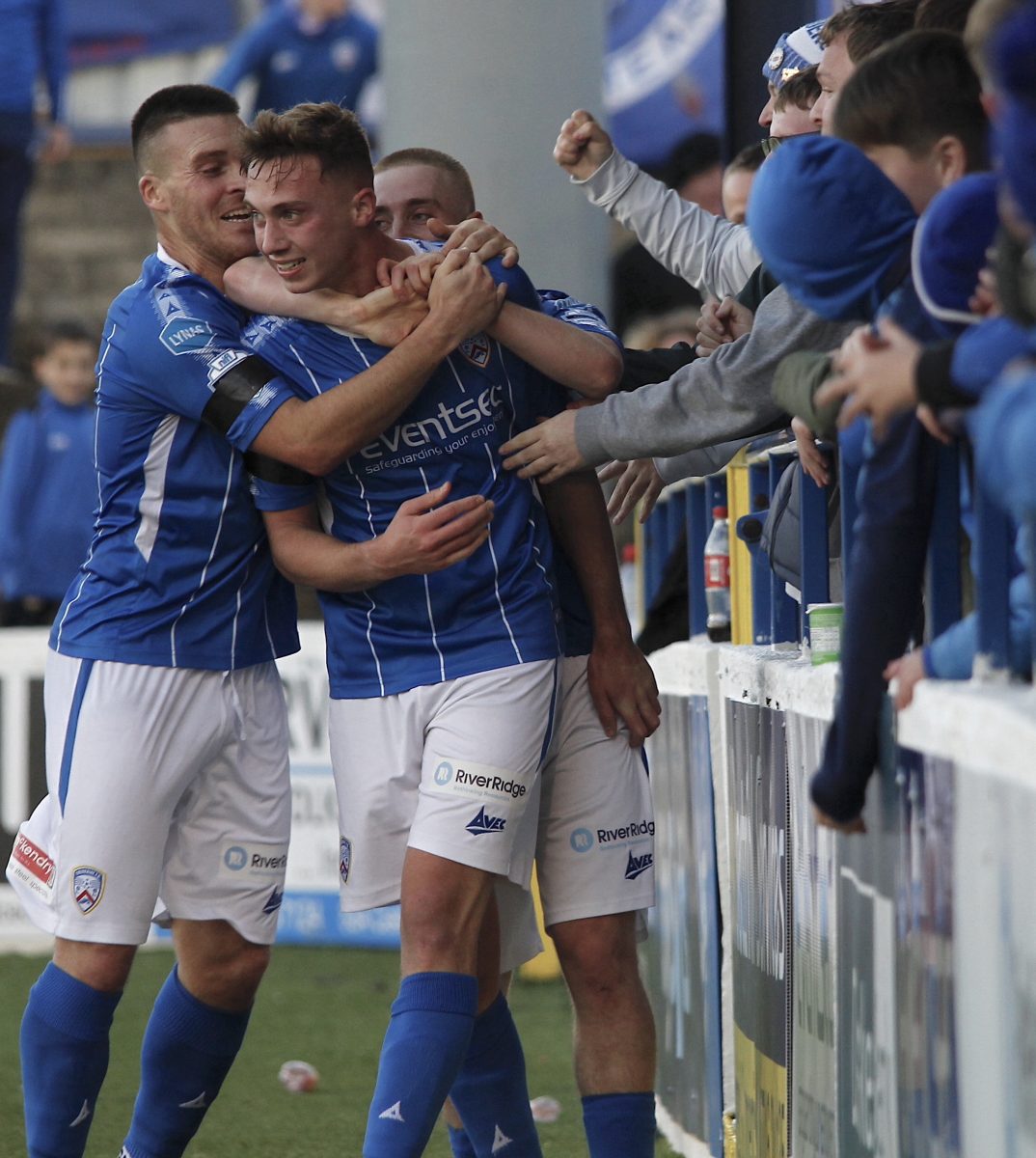 Coleraine produced arguably their best result of the season as they swept aside the challenge of Linfield at The Showgrounds in early January. A first-half spot kick by Lyndon Kane had the hosts well on their way but Shevlin’s goal on 75 minutes sealed the icing on the cake. After being found by Stephen Lowry, the lively Shevlin did the rest as he took two neat touches to take the ball past Jimmy Callacher before finishing into the far corner of the net. The victory would be wrapped up minutes later as Jamie Glackin rifled home a third goal. 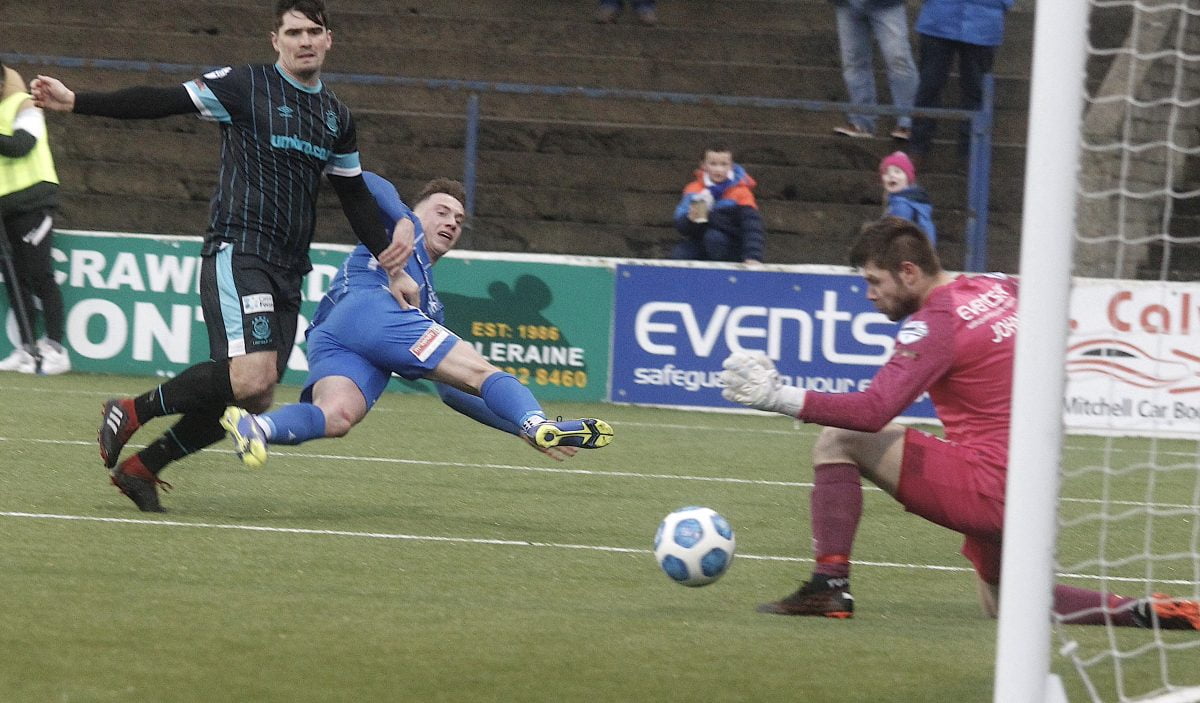 The Bannsiders’ run to the BetMcLean League Cup was largely aided by Shevlin’s six goals in the competition up until the final. The 23-year-old would make that seven as he opened the scoring in the decider as he swept onto Lyndon Kane’s through ball to squeeze his effort by Luke McNicholas. Despite Stephen Lowry doubling the lead, Coleraine couldn’t hold out and ultimately lost 4-3 after extra-time. An overall mixed day for Shevlin as he had to removed through injury but he will be buoyed by his first Cup final goal. 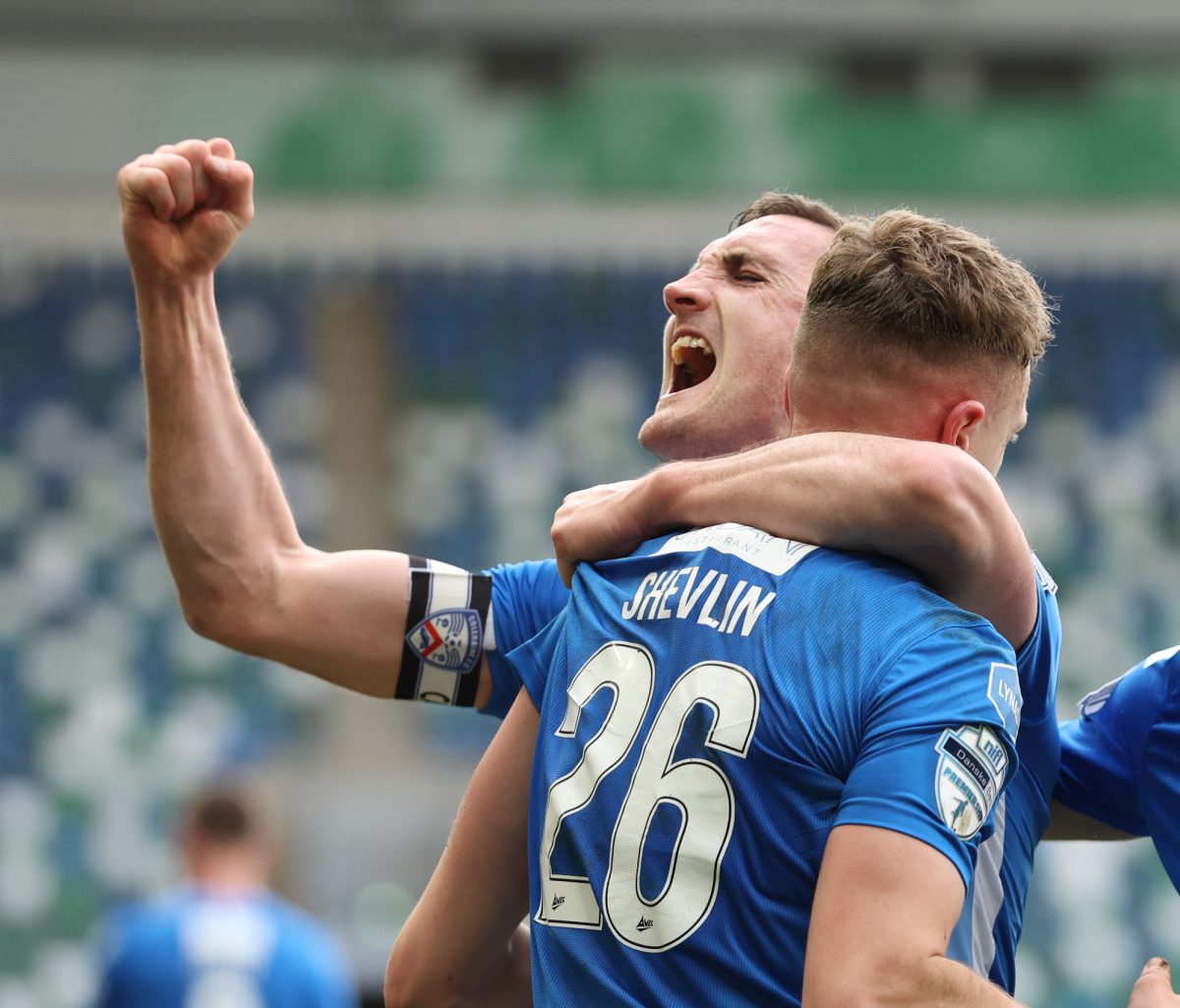