The Bannsider of more than 30 years started recreating The Showgrounds during lockdown using Subbuteo accessories and other hand made items.

Speaking exclusively to colerainefc.com, the technology, design and engineering technician at Dalriada School admits he has embraced the challenge of constructing the home of Oran Kearney’s side.

“I came across a Facebook page called Subbuteo Stadium Community and after looking at some of their work, I thought it would be fun to have a go,” he said.

“As a Coleraine fan, The Showgrounds seemed logical to try as it has more character than big Premier League grounds or Windsor Park.

“Unfortunately, due to the COVID-19 pandemic, supporters were unable to go to matches so I made use of some spare time to complete the project.

“It has taken six months to get to this point and there is still more work to do.

“The only parts that are not hand made are the Subbuteo accessories and fans that you buy and paint yourself.

“The reaction from fellow Bannsiders has been great, full of praise and also the self build group on Facebook, which has members worldwide, has been immensely positive especially as this is my first effort.”

Coleraine return to action at The Showgrounds this Saturday as Ballymena United are the visitors to the Ballycastle Road.

Things will look quite different as the club has undergone redevelopment plans, including a new 4G surface which will be used for the very first time.

Dave spoke of his excitement at the plans and revealed he has ordered his very own synthetic pitch for his Subbuteo stadium.

“Like every supporter, I can’t wait to get back at The Showgrounds and cheer the players on,” he added.

“The plans are exciting and it will be quite different to see the new surface on display for the first time.

“With the club’s proposed redevelopment, I will be asking my old friend Colin McKendry for a set of plans to go again.

“I’ve already bought an astropitch so I will need to get that ready!”

Click on the photos below to see The Showgrounds in Subbuteo style. 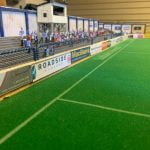 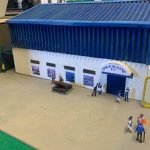 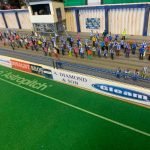 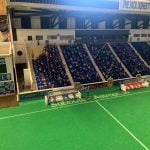 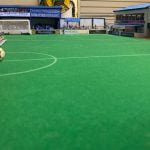 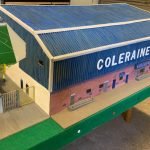 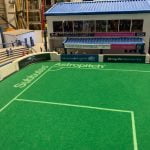 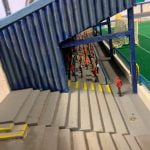