The Dubliner is steeped in Irish football with his father Tony a past President of the Leinster Football Association, a brother Tony who was goalkeeper at Leeds United and Shamrock Rovers and he’s married to a sister of Tony Cousins. He played for the Irish U/15s to U/19s and was with Brighton for five years, before returning home to play for Longford Town, Dundalk and Shamrock Rovers.

However, after falling down the pecking order at Rovers, the Bannsiders signed O’Dowd on an initial-loan deal as Coleraine aimed to make a return to the Premier Division, which they did with aplomb, before going agonisingly close to lifting the Gibson Cup the following season.

In total, O’Dowd made a total of 87 appearances, scoring fourteen times in the process.

O’Dowd would go on to play for Drogheda United, enjoy a second spell at Dundalk, as well as join UCD before calling time on his career and he spoke to Jonathan McNabb about why Coleraine still has a special place in his heart.

Q1. Greg – talk us through your youth career? It must have been some experience to spend five years at Brighton and Hove Albion?

I started off with Stella Maris FC in Dublin, before moving to Home Farm and won four leagues, four All-Ireland’s and four League Cups without losing or even drawing a game.

I then moved to Brighton & Hove Albion at 15-years-old, did my two year apprenticeship and was rewarded with a three-year professional contract.

Yes, I loved every single minute of it, apprenticeship was hard but turning pro was fantastic. I played with and against some great players including the great Gerry Armstrong – he minded all the Irish boys. 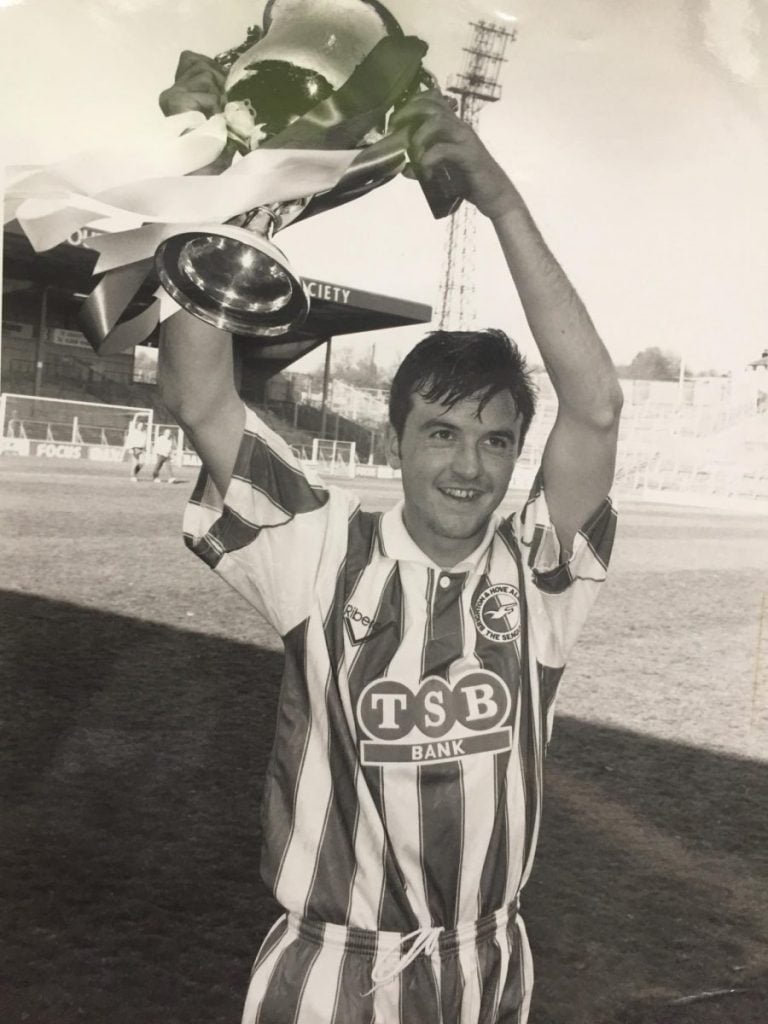 Q2. You returned home to play for Longford Town, Dundalk and Shamrock Rovers – was it hard to adjust to life back in Ireland? You had three clubs in three years was that difficult?

I came home and signed for Longford Town because they offered me the chance to continue full-time training on a FAI led training course, during this time I was to go trial with Celtic but the reserve team game was called off because of snow and I didn’t travel.

I had played well in Longford and a few clubs wanted me to sign but I opted for Dundalk, had a really good season with Dundalk and my boyhood heroes Shamrock Rovers wanted me, so there was no thinking about that one – I loved it!

So, no i didn’t find it difficult to adjust, probably because I was progressing every year.

Q3. You joined Coleraine in 1995/96 after they had just been relegated? What was the thought process behind that? What was Kenny Shiels like as a coach?

I initially signed for Coleraine on a one-month loan on Roddy Collins’ recommendation when I was in and out of the team at Shamrock Rovers.

Kenny Shiels was brilliant, really intense and enthusiastic, meticulous in his preparation – even back then he was using video footage of opposition teams.

He’s still my favourite manager I have played for.

Q4. It’s fair to say Coleraine made a poor start to the season and Kenny nearly left? What was that like and how did things turn around?

It’s funny…the day I went to see Coleraine play and sign my months loan from Rovers, Hugh Wade collected me at the station and drove me to the Carrick Rangers game away from home. I think we lost but I signed on the dotted line.

By the time I got home, I heard on the news that Kenny was sacked! What was I going to do? I had only met Hugh and Kenny and now Kenny was gone and maybe the new manager might not want me.

Next night I’m watching ITV and Tony Gorman’s on making a statement saying that the players will strike if Kenny wasn’t reinstated – and thankfully he was.

My first game was home to Larne and I happened to the score the only goal in the game, which was a great start. From there I played four games and think I scored three or four goals and got Player of the Month – it could have been so different.

We went on to romp away with the league and my love affair with Coleraine FC and the people of Coleraine grew and grew. 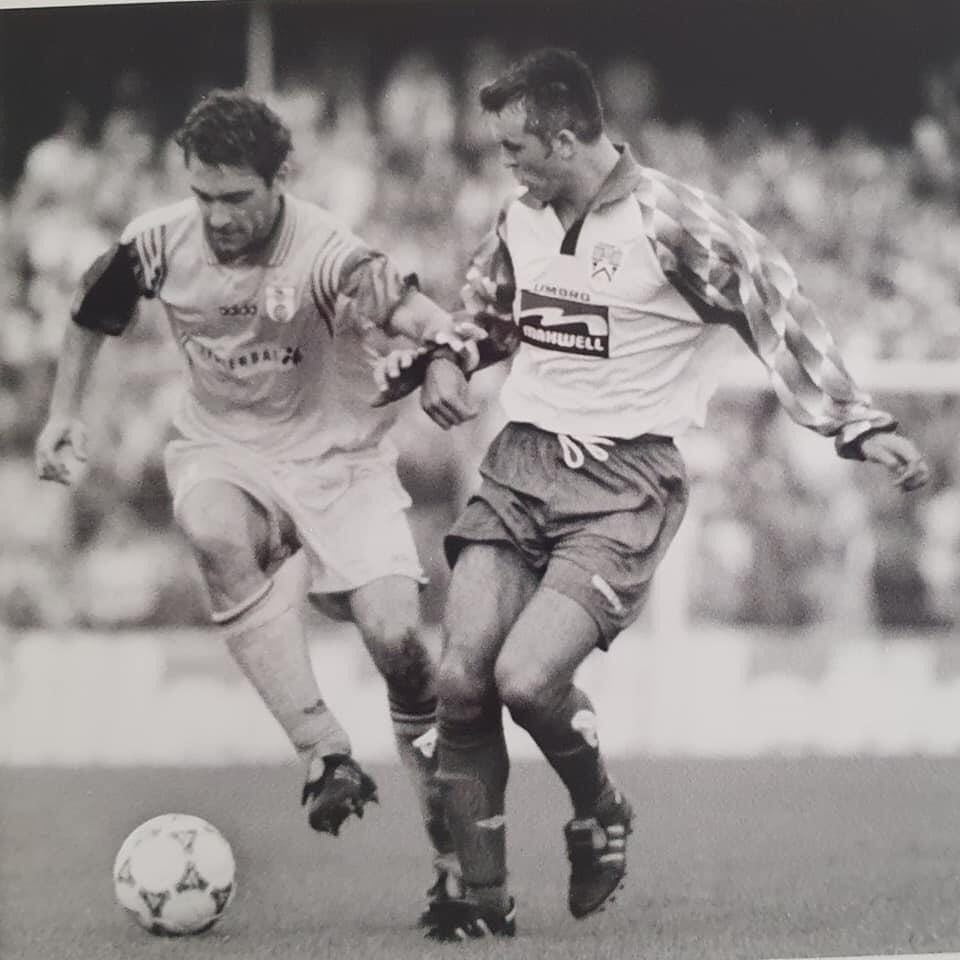 Q5. Winning the First Division one of your highlights for Coleraine?

I am lucky enough to have many great highlights in a Coleraine shirt but to win the league the way we did after the turbulent start was very satisfying.

We had a great team and we bonded very well on and off the pitch.

Q6. The following season we almost won the league; must have been a blow to not lose to Crusaders all season and still not win the league? What went wrong?

I still have nightmares about not winning the Premier League title and back-to-back league titles that year.

It’s only my opinion and I hope I don’t offend anyone but we had a really well oiled machine, great balance to the side but we spent big money on one or two players.

We changed the team to fit them into the team, we lost our momentum, our rhythm and the league.

Q7. You scored memorable goals against Linfield and Grasshoppers must be proud of those achievements?

The Linfield one was my favourite at Windsor and I’ve got to see it again recently but I’ve never seen the goal against Grasshoppers at The Showgrounds.

So if anyone has it, I’d love to see it. Great memories indeed.

Q8. You had to leave the pitch with a broken nose in the Ulster Cup final; is it true the players came to hospital with the trophy?

Are you joking…them boys were tucked up in their beds for work in the morning.

Q9. What was the differences between football both north and south of the border in your opinion?

At the time it was very physical down South, where as the North was more technical, which suited me.

I also noticed the crowds up North were way bigger. 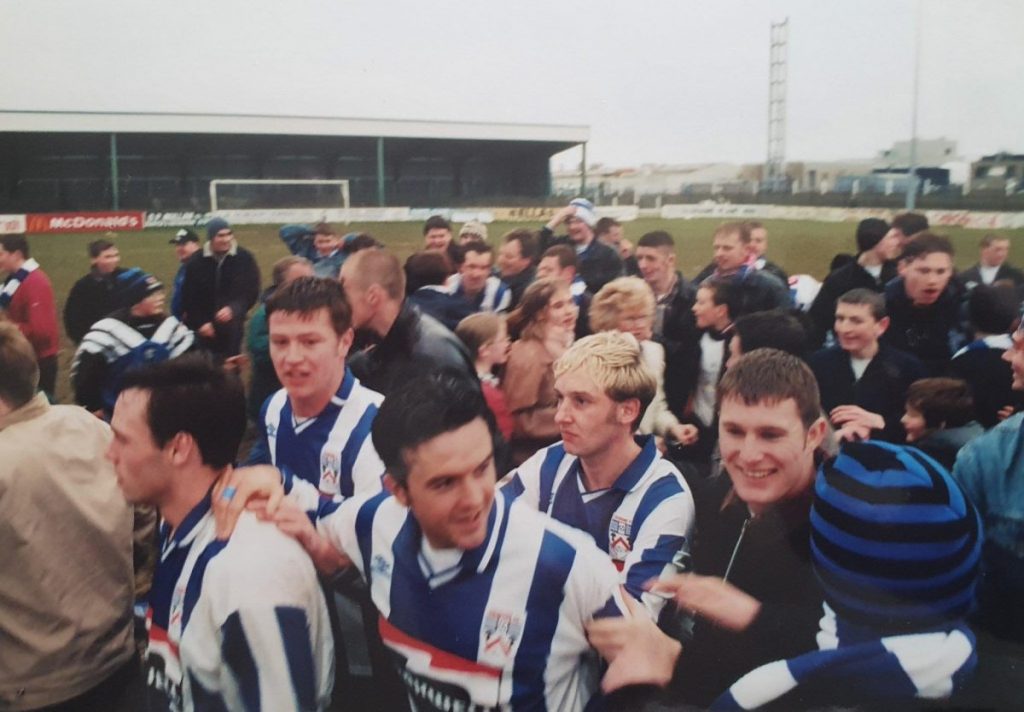 Q10. I have noticed that you regularly keep in contact with Coleraine supporters on social media…so you must have enjoyed your time at The Showgrounds?

I absolutely loved my time in Coleraine.

The fans were so good to me and I really appreciated that, so I try and keep in touch through social media.

Q11. Are you involved in football at the minute? Do you keep an eye on Coleraine results?

I’m a full time physio now so that’s the extent of my involvement.

It’s a part of my life I will never forget and I cherish those memories.

Can I just finish by thanking Johnny for taking your time to interview me and thanks to Coleraine for making me feel like one of them. 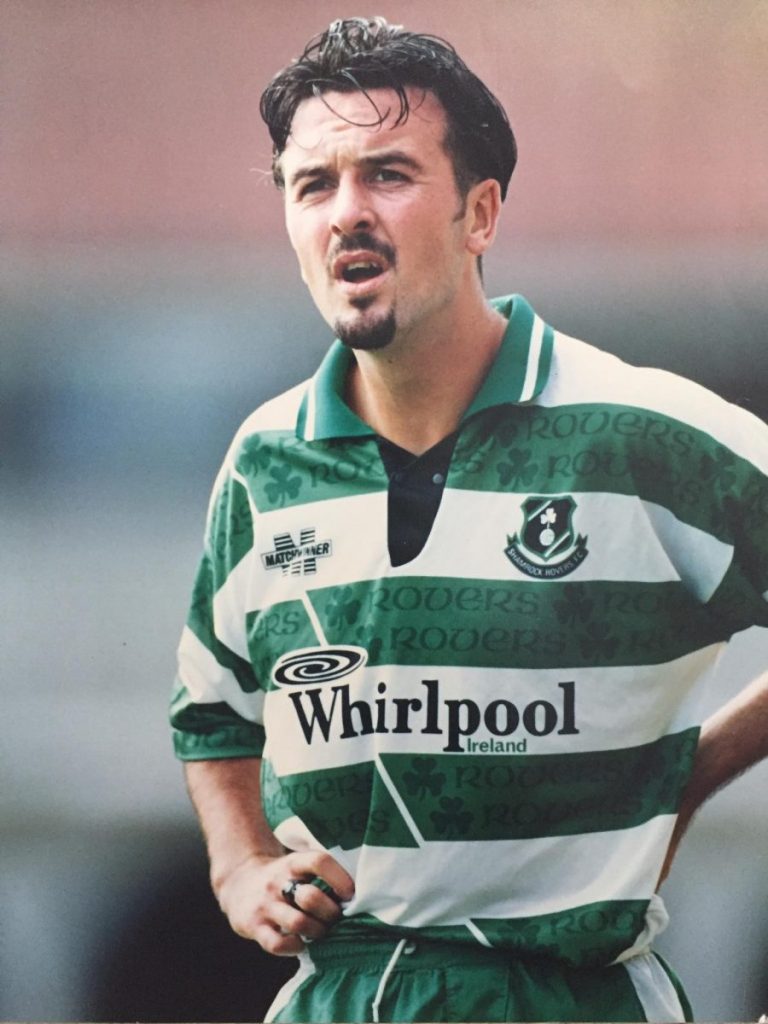