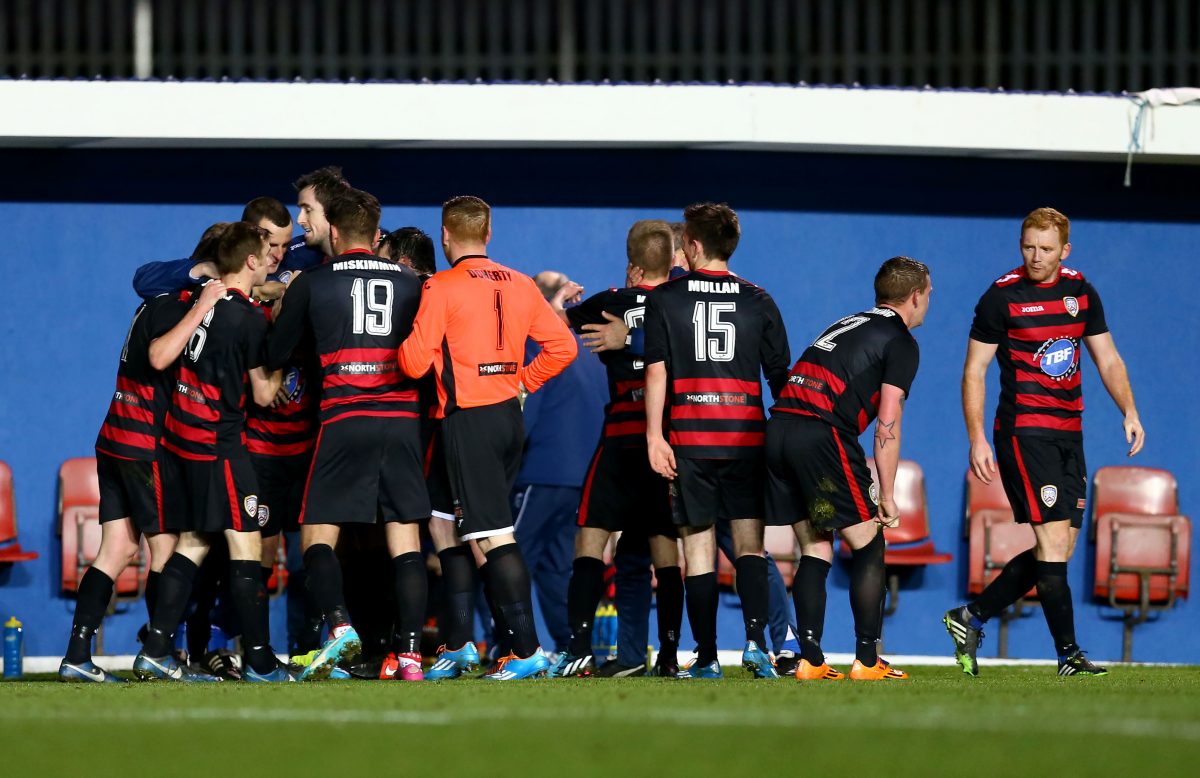 Coleraine grabbed a draw away to Linfield when Neil McCafferty scored with the last kick of the game.

A poor challenge by Sean Ward led to a free-kick and McCafferty beat keeper Ross Glendinning with a stunning effort from just outside the box.

Linfield had taken the lead through a close-range Andrew Waterworth goal in the 59th minute.

McCafferty’s goal means Crusaders take over from Linfield at the top of the Irish Premiership table.

The Crues, who beat Ballinamallard 3-0, are now one point ahead of the Blues.

There were not that many goalmouth incidents in a disappointing first half, although visiting keeper Michael Doherty had to stretch to save from Sammy Morrow.

Linfield got the breakthrough just before the hour mark.

Waterworth pounced from close-range for his 14th goal of the season after Ivan Sproule’s effort had came off the hand of defender David Ogilby.

Coleraine seemed to have fluffed a late chance to secure a late point when Ian Parkhill was in on goal.

He seemed undecided whether to lob or go for power, and in the end shot tamely into the arms of a grateful keeper Glendinning.

However, the Bannsiders were to get another opportunity with that late free-kick which McCafferty’s right foot delivered into the top corner.

Coleraine manager Oran Kearney: “It was the perfect equaliser because the referee did not have time to set the ball on the centre spot.

“We felt it was a good chance for Neil and he delivered with a great free-kick.

“I think we got a wee bit of luck today which we had not been getting in recent weeks.”