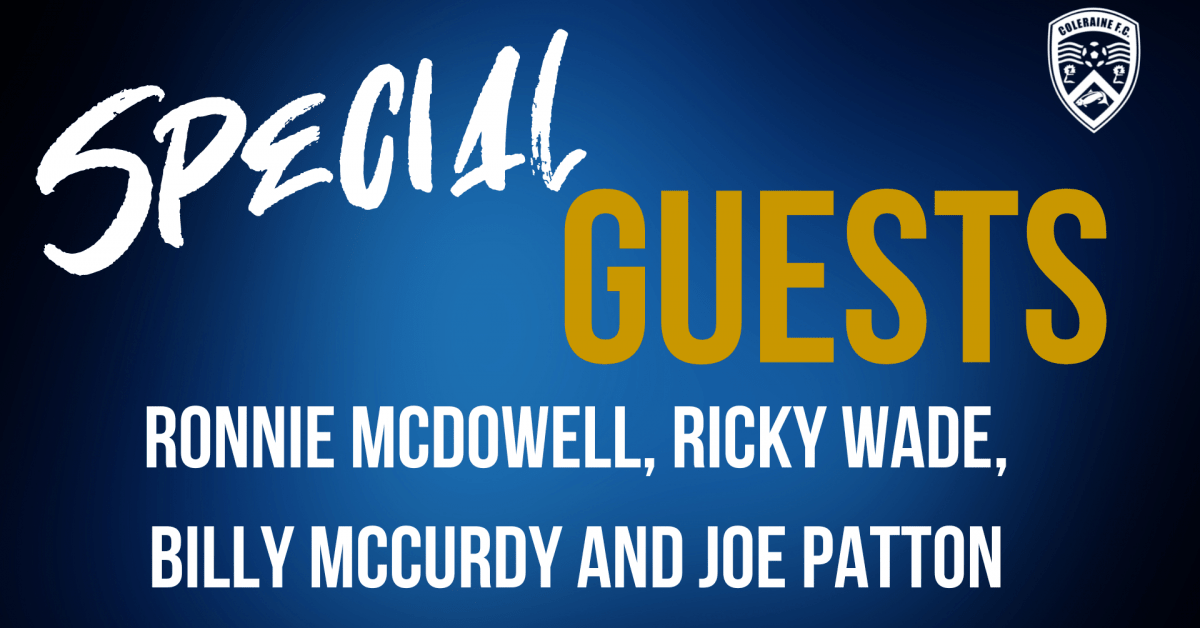 Ronnie McDowell, Ricky Wade, Billy McCurdy and Joe Patton will return to The Showgrounds for the game against Carrick Rangers.

All four gentlemen are guests of Honorary Vice President, Frankie Moffatt, who gave a glowing reference for his colleagues.

Ronnie needs no further introduction and Ricky is one of the most talented players to play for Coleraine. Older supporters will remember him for his exploits along with Felix Healy in midfield and Raymond McCoy up front and what a threat those three were.

Billy is yet another son of a famous father to play for the club and was a really good player in his own right. A very clever and wholehearted player and one you would want in your team every week.

Then we have Joe Patton, one of the smallest centre half’s I have seen play for the club. It speaks for his versatility that he could do this but is better known as a combative midfielder who made those around him better players.

I am proud to have played with both Ronnie and Billy and to have coached all four. Let’s give them a big welcome back to The Showgrounds and thank you for them for their service to our club.